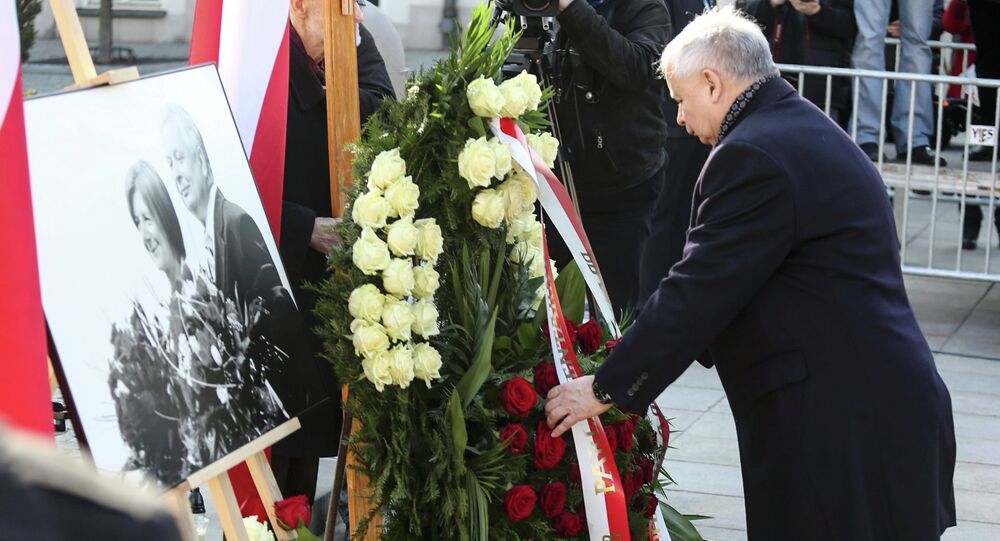 The Tu-154 M crashed on April 10, 2010 near Smolensk, killing 96 people - eight crew members and 88 passengers, including Polish President Lech Kaczynski, his wife and other Polish officials.

Memorial events for the fifth anniversary of the plane crash near Smolensk with Polish President Lech Kaczynski and a number of other Polish officials were held in Poland.

The commemoration started on Friday morning in the Polish Parliament with a worship service in memory of the dead, where deputies of the Parliament took part. They laid flowers at memorial plaques installed in memory of those who died in the catastrophe.

© Sputnik / Oleg Mineev
Shocking Facts of Poland's Kaczynski Plane Crash Revealed
Relatives of the victims as well as country’s officials also attended an official event in the cemetery "Povonzki" in Warsaw. This is the place where 28 victims of the crash were buried and the memorial in memory of those killed was installed.

Tu-154 crashed near Smolensk on April 10, 2010, killing 88 passengers and 8 crew members aboard, including Polish President Lech Kaczynski and his wife. Regional Military Prosecutor's Office in Warsaw has investigated the causes and circumstances of the crash for nearly five years.

On January 12, 2011 the Interstate Aviation Committee released its final report on the accident investigation, identifying wrong actions of the crew as the main causes of the catastrophe.

However, renewed ‘black box’ transcripts revealed new facts in Kaczynski plane crash. According to the latest data, the flight crew was constantly distracted by third parties during the flight and had to make decisions under external pressure.