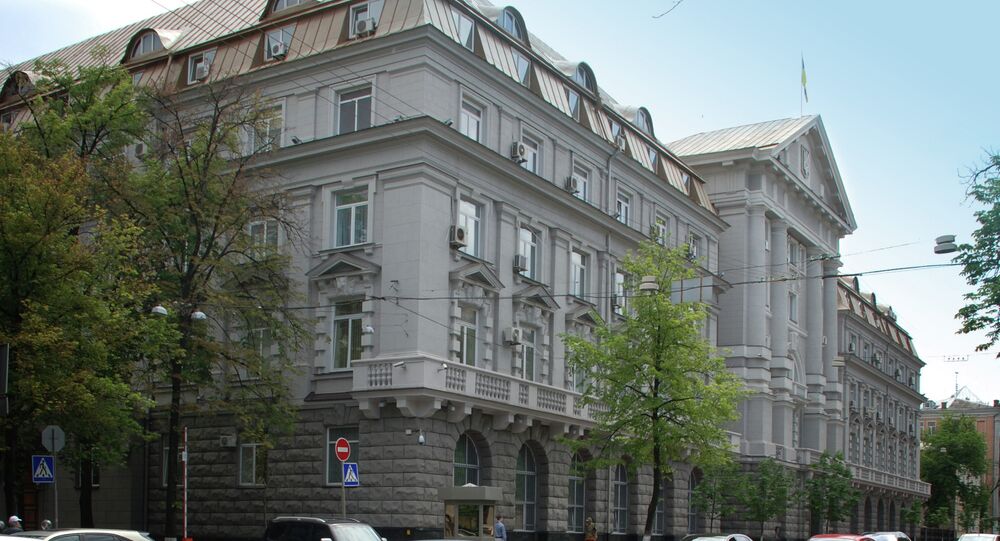 Oleksandr Yakimenko, the former head of Ukraine's Security Service (SBU), is suspected of funding terrorism and delivering arms to Donbass.

“There is suspicion that the former head of the SBU, Yakimenko, financed terrorism and provided material aid to terrorists, specifically weapons. This delivery was organized by Yakimenko."

Vovk referred to information that hundreds of automatic weapons, thousands of bullets and grenades were delivered in a region near the Sea of Azov in May 2014.

Yakimenko was dismissed from his post as SBU chief by the parliament two days after the Verkhovna Rada voted to impeach President Viktor Yanukovych. The former SBU head fled the country, following in the footsteps of ousted president Yanukovych.

Some of the country's southeastern regions did not recognize the legitimacy of the new Kiev authorities. On April 7, 2014, Kiev launched a military operation in Ukraine's east aimed at suppressing growing independence movements among local citizens.