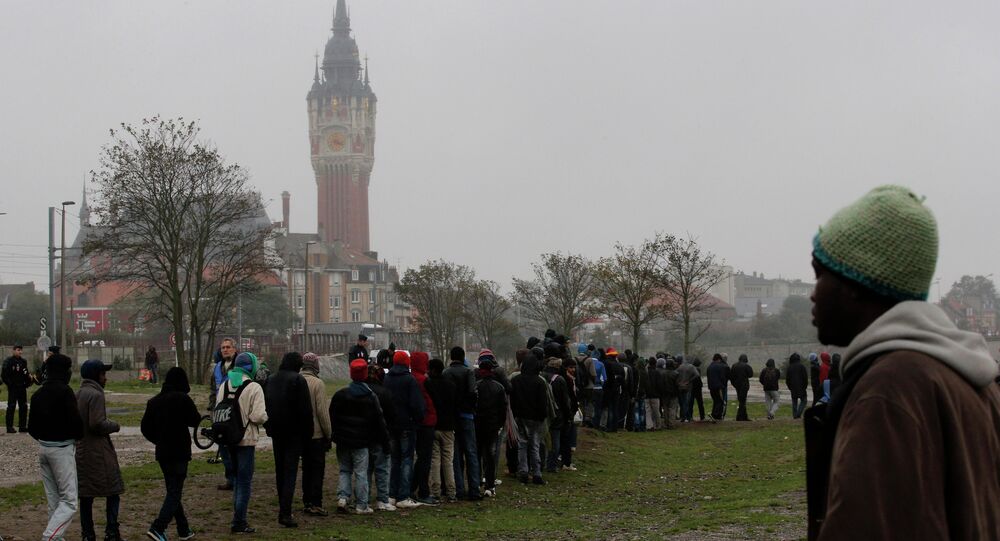 Calais is a major ferry port in northern France, and the closest French town to England. The distance between Calais and Dover is around 30 miles, making it the shortest distance across the English Channel either by ferry or through the underwater tunnel.

“We also fight against the network of smugglers, who profit from the misery of migrants and propose them to get to Britain asking for colossal sums of money, and making migrants to give all their money to get to Britain,” the spokesman said.

Some 2,000 undocumented migrants are contained within the Calais camp, mostly trying to get to Great Britain. Calais is a major ferry port in northern France, and the closest French town to England. The distance between Calais and Dover is around 30 miles, making it the shortest distance across the English Channel either by ferry or through the underwater tunnel.

A Pas-de-Calais Prefecture spokesman emphasized that Calais port security are instructed not to allow migrants to enter Britain illegally.

“We had enforced the security services these last months to prevent migrants coming to Britain hiding in the trucks,” the spokesman said.

Undocumented migrants living in camps surrounding the French city of Calais are being moved to a new nearby location.

“So these last days we are in the period of large movement from the old place to the new one, and we still have people living in old squats,” the spokesperson said.

© AFP 2020 / PHILIPPE HUGUEN
Scores of Migrants in Calais Ask for Asylum in France Every Week
The Pas-de-Calais Prefecture spokesman said that there are currently some 1900 people from Eritrea, Albania, Afghanistan, Sudan, Egypt, Syria, living in various camps in Calais. They must all leave the camps and enter a territory to the east of the French seaport city, after a decision by the French court.

The new migrant holding territory will cover several hectares and is close to the newly-built Jules Ferry camp, which opened in January. All migrants will be able to use the center facilities during daytime.

“There are about 80 showers, sanitary equipment, drinking water, warm food, access to energy and first aid that all migrants can benefit from during the daytime [in Jules Ferry camp],” the spokesperson said.

He also added that the Jules Ferry camp will house woman and children overnight.

In January, France opened the new $4.5 Jules Ferry camp. It is the first institution in the city to provide shelter for migrants since the closure of the Sangatte refugee camp in 2002.

The Jules Ferry camp is co-funded by the European Union and the French government.

© AP Photo / Thibault Vandermersch
France Faces Cleanup Bill After 2,000 Migrants Evicted From Calais Camp
In 2002, London and Paris reached a deal to shut down the Sangatte camp, which Britain said was a magnet for undocumented migrants. Britain agreed to take more than 1,000 migrants as part of the deal.

In December 2014 it was reported that the number of migrants caught attempting to enter the United Kingdom illegally increased fourfold over the past three years to nearly 3,000 a month.

Some 11,920 attempted entries by illegal immigrants were recorded in the first four months of 2014 at UK ports and at Calais.

In 2013, France received 66,000 requests for asylum, of which authorities granted fewer than 12,000, according to media reports.

The United Kingdom is one of the most popular destinations for migrants due to its perceived favorable social benefits, from free health care to a generous welfare system.