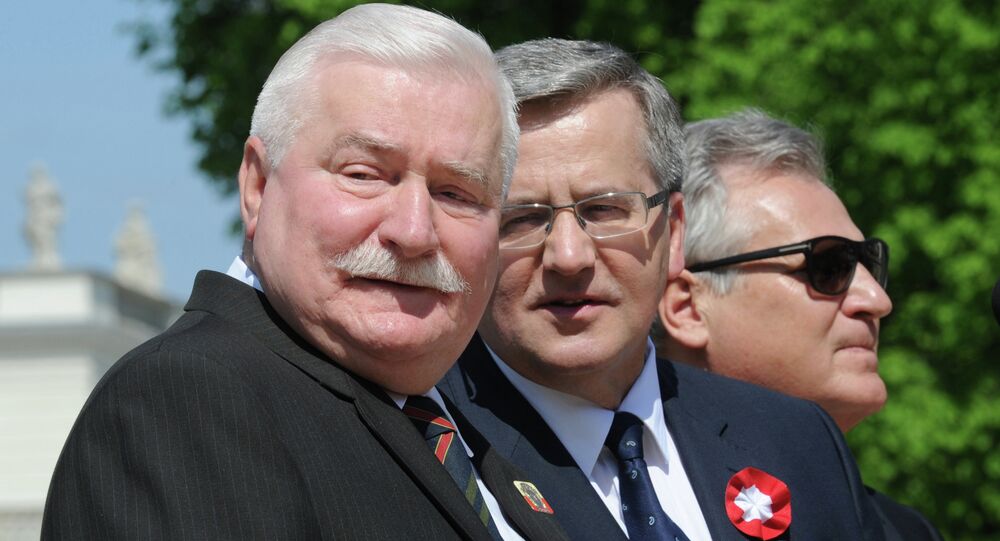 © AP Photo / Alik Keplicz
Keeping Watch: Poland Builds Six New Guard Towers on Russian Border
In an interview with the Ukrainian edition of Economic Truth Lech Walesa, who also happens to be the proud holder of the Nobel Peace Prize, said the West should demonstrate to Moscow it has nuclear weapons and that these weapons are better than Russia’s.

The West must do “everything it possibly takes” to defend against “Russian aggression”, all the way to “sending in nuclear missiles. It’s important to show we have them, and that they are better than Russia’s,” Walesa emphasized.

This is not the first verbal broadside Poland’s ex-President, just like some other Polish politicians, has launched against the Russian Federation.

In televised commons in March Walesa called Russia “a threat”  and warned that it faced the prospect of “disintegration it only dared attack a Western country, including Poland.”