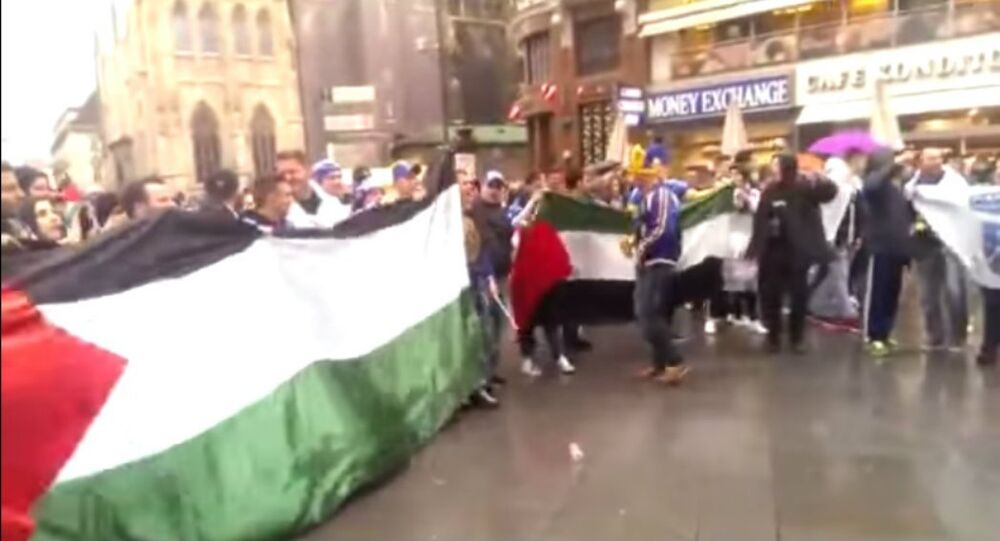 In a ghastly spectacle highlighting growing anti-Semitic sentiment in Europe, Bosnian football fans in Vienna chanted “Kill the Jews” before heading into the Austria - Bosnia-Herzegovina game.

Chants of “Free Palestine” slowly morphed into something much more sinister when a single fan in the crowd began to yell “Kill the Jews.” Others joined in reciting the violent slogan. They soon began jumping up and down in a rage, screaming  "Ubij, ubij Židove," or  "Kill, kill the Jews."

© AP Photo / Vince Bucci
Harvey Weinstein Urges Jews to Get Organized 'As Mafia' to Take On Anti-Semites
It’s not an isolated incident. During an Amsterdam Ajax — FC Utrecht game on April 5, fans began chanting holocaust-related slurs, reports De Telegraaf. In that episode, dozens of fans chanted, “My father was in the commandos, my mother was in the SS, together they burned Jews ‘cause Jews burn the best” and “Hamas, Hamas, Jews to the gas.”

This kind of anti-Semitic outburst has been on the rise in Europe since last summer, when growing animosity between Israel and Hamas reached a boiling point. In one particular instance, anti-Semitic rioters set cars on fire in Sarcelles, France, also known as “Little Jerusalem” for its large Jewish population.

FC Utrecht said in a statement it is investigating the incident and vowed to punish those identified.

International Day Against Fascism and Antisemitism in Facts