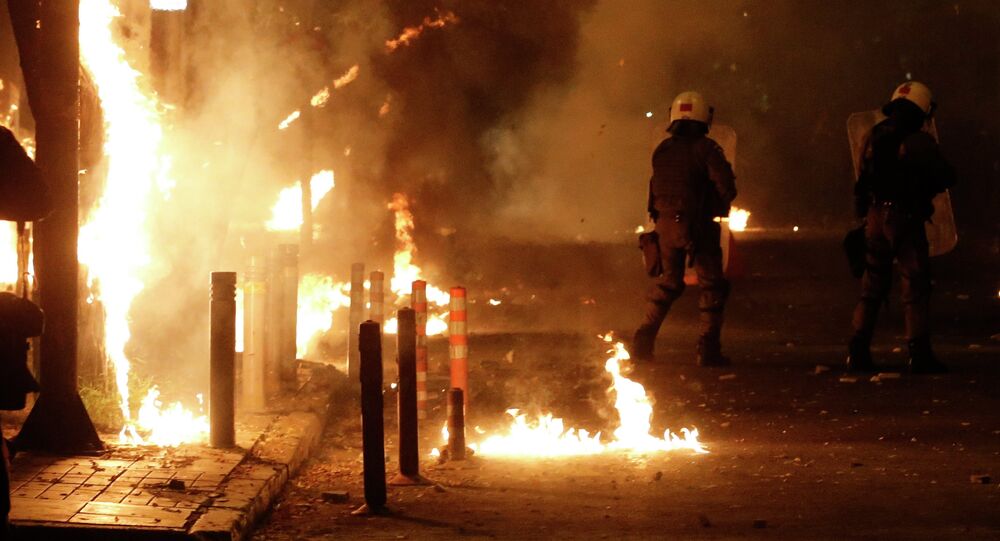 Greek police reportedy used tear gas after a group of up to 70 anarchists started throwing stones and Molotov cocktails on officers in Athens.

© REUTERS / Alkis Konstantinidis
Athens in Flames: Greek Anarchists Torch Cars, Bins at Anti-Prison Protest
According to the local media, on Tuesday evening some 400 anarchists, mainly students took to the streets of Athens demanding to close maximum security prisons and free Savvas Xiros — a member of Revolutionary Organization 17 November, characterized as a terrorist group by the Greek state. Xyros was imprisoned in 2002, following a failed bomb attempt in a ferry company in Piraeus.

When the protest march ended, a group of some 50 to 70 hooded protesters started erecting barricades and burning cars and waste bins in the central Exarchia district. The police had to use tear gas and stun grenades to disperse the anarchists after the latter started throwing stones and Molotov cocktails on officers.

This is the first time Greek police used tear gas to disperse protesters since Syriza, or The Coalition of the Radical Left, came to power in January.