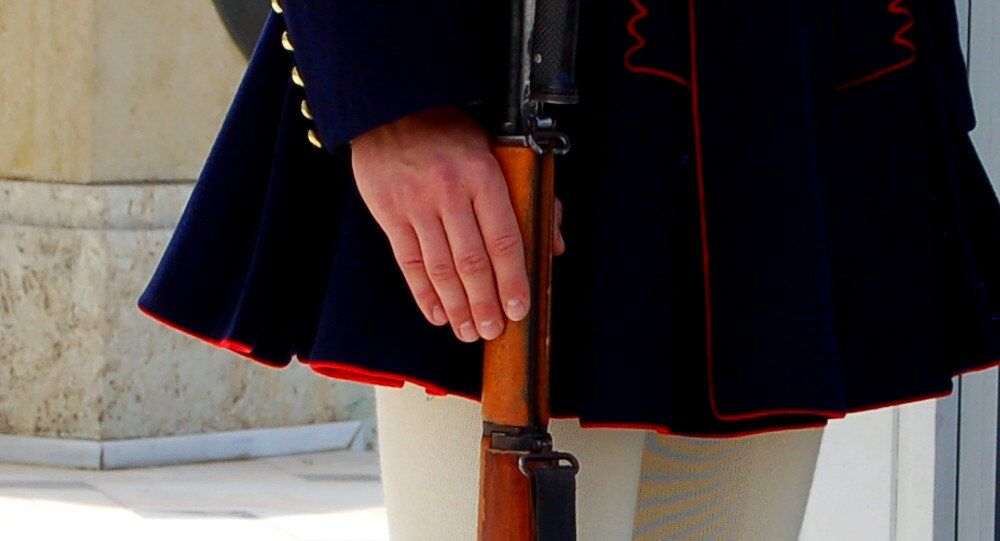 The Greek government has claimed that Germany owes the country $303 billion in war reparations for the Nazi occupation in World War 2, in a move that has further ignited tensions between Athens and Berlin.

Despite calls from former Greek governments and Greek citizens to push for war compensation, this is the first time that Greece has officially calculated and quantified its reparation claims.

On top of the various atrocities committed and damage caused by the Nazis, Greek officials have also included in the reparations claim what they believe to be occupation loans that the Nazis forced the Bank of Greece to pay.

The Greek PM spoke of the issue of reparation payments during a recent meeting with German Chancellor Angela Merkel, however officials in Berlin have denied they owe Greece any money, saying the issue of German reparations was settled in 1990, before the country re-unified.

Greece wants Germany to pay €279B ($303B) in war reparations for WWII Nazi occupation. http://t.co/hMCNJHzPz6 pic.twitter.com/uNifEdVHaI

Germany paid Greece 115 million Deutschmarks — a fraction of what Athens claims is owed — in 1960 as compensation for damages of the war, however Greece says it didn't receive payments for war crimes, damaged infrastructure and the return of the forced loans.

The campaign to recover war reparations has gained momentum in recent years following Greece's economic crash and the harsh austerity measures applied to the country as part of the terms of Athens' EU bailout deal.

The claims come amid Greek efforts to renegotiate the country's EU-IMF bailout that saved Greece from bankruptcy, with many arguing the conditions of the loan repayment are far too harsh, and are in turn crippling Greece's economy and society.