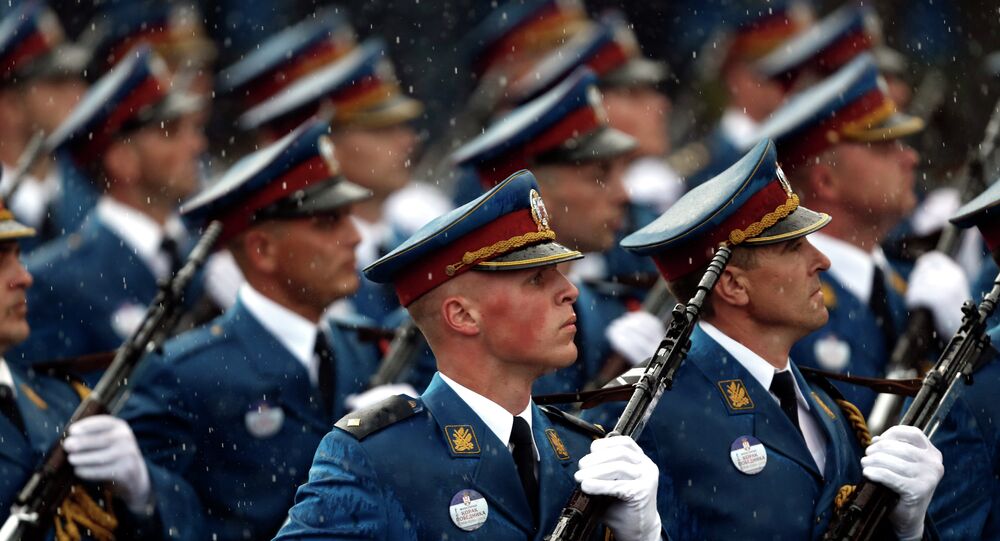 Serbian President Tomislav Nikolic decided Monday that a unit representing the Serbian Army will participate in the Victory Day Parade in Moscow May 9, the country's Ministry of Defense told Sputnik.

Sputnik Serbia has confirmed that the Serbian military will take part in the parade, after an invitation from Russian Defense Minister Sergei Shoigu.

Commenting on the decision, Serbian military analyst Aleksandar Radic told Sputnik that the participation will be a proud first for the Serbian Army, which has never participated in military parades abroad in its modern history.

"Serbia, that is, the former Yugoslavia, fought on the side of the anti-Hitler coalition, and it would be completely unreasonable to renounce the traditions which bind us with the victor countries, with those countries which created the post-war world. Now, in a highly symbolic gesture, we are returning to our participation in the Victory Parade," Radic noted.

© AFP 2021 / ALEXANDER KLEIN
Serbian President Vexed By EU Attempts to Prevent Him From Attending Moscow Victory Parade
Serbian political scientist Aleksander Pavic added that he believes that Serbia's participation in the parade has a tremendous symbolic significance. "We are definitely part of the coalition [of victors], considering how many Serbs were killed in the Second World War. We had not one, but two anti-fascist projects, and we have the right to say that we were the first to rebel in a Europe enslaved by Nazism."

Commenting on the Serbian government's decision, Russian military expert Viktor Barents told Sputnik that Serbia's involvement in the parade on Red Square will "serve as a symbol of Slavic unity, and a good foundation for the future."

Neutral Serbia Not a Step Closer to NATO – FM