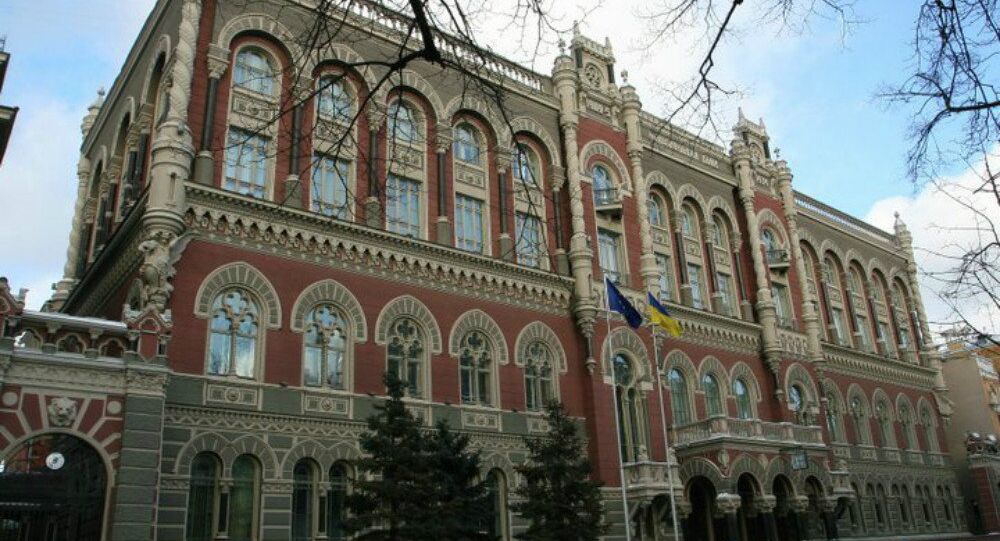 The National Bank of Ukraine has projected an economic decline of 15 percent for the first quarter of 2015, Ukrainian media have reported, citing the bank's March report on inflation.

© AP Photo / Sergei Chuzavkov
Russia Extends Gas Discount for Ukraine by Three Months
The NBU projects continuing decline through the first three quarters of the year; a 10.2 percent decline in the second quarter and a 5.7 percent decline in the third quarter, followed by stabilization and a growth of 2 percent in the last quarter of 2015. The bank also projects a stabilization of the rate of inflation at 30 percent by year's end. The country's annual implied inflation rate has been estimated by Johns Hopkins economics professor Steve Hanke to have reached 133 percent.

The National Bank also projects the country's national debt to grow to 93 percent of GDP, mainly as a result of the spiraling currency devaluation which occurred at the beginning of the year. National debt comprised 71 percent of GDP in 2014. Ukrainian government debt presently amounts to an estimated $50 billion US.

© Sputnik / Michail Klimentiev
Eurasian Economic Union Under Stress Over Low Oil Prices - Kazakh President
The National Bank expects to receive $10 billion in credit from the IMF this year, together with $4.5 billion worth of credit from other donors, and plans to issue $2 billion worth of government bonds guaranteed by the United States.

The bank also expects spiraling energy prices to reduce the country's gas consumption from $6 billion in 2015 to $4.4 billion in 2016, taking into account economic decline and a drop in residential and commercial use.

Last month, Ukraine's Cabinet of Ministers proposed three scenarios for action to deal with the country's economic crisis, projecting an overall decline in GDP in 2015 of between 5.5 and 11.9 percent, together with a fall in exports of between 7 and 16.6 percent, and a drop in imports of between 10.7 and 22 percent.

© Sputnik / Sergei Kirkach
Ukraine Faces Collapse in Foreign Trade
On March 11, the International Monetary Fund approved a $17.5 billion loan to Ukraine, subject to a program of deep structural economic reforms. Over the next four years, Ukraine hopes to receive a total of $40 billion from the IMF and individual countries' aid packages.

Late last month, Ukrainian Prime Minister Arseny Yatsenuk estimated that Ukraine had lost a quarter of its GDP due to the conflict in the Donbass.
Ukraine's National Statistics Office reported an economic decline of 6.8 percent for 2014.