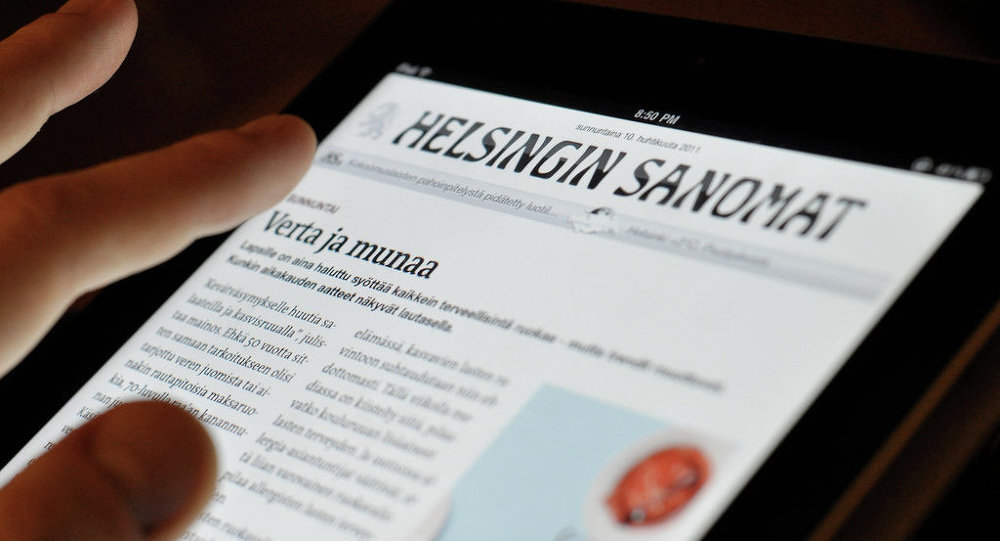 Leading Finnish daily Helsingin Sanomat has issued an apology for publishing an article which asked readers to offer nicknames for their southern neighbors.

The Helsingin Sanomat, or Finnish Times newspaper, has apologized for a stunt in which it asked readers to suggest nicknames for Estonian people, a list of 30 of which it published online and in its magazine supplement on Saturday, causing outrage in Estonia.

Hundreds of suggestions were made by Finnish readers in response to the poll, for which readers also put forward their justification for the nicknames, including such explanations as "they chase money" and "they buy BMWs as soon as they can afford it."

Also causing offense were the nicknames "varttiryssa," meaning "quarter Russian," and "virus," which according to Yle also implies that Estonians are part Russian.

The article caused fury in Estonia, and President Toomas Hendrik Ilves told his Twitter followers he was "speechless" at the article. The Nordic News service on Twitter said it would stop tweeting news from the Helsingin Sanomat, the most widely read newspaper in Finland, as a result of the poll.

On Saturday the online version of the article had been replaced with an editorial commentary apologizing for "some of the nicknames which were in bad taste" and editor-in-chief of the newspaper Kaius Niemi also tweeted his response to the complaints from Estonia, adding that the newspaper will carry out such a stunt "next time with better style."

Started as a warm neighbourhood prank, turned a controversial joke. No intentions to hurt Estonian feelings. Next time with better style.

Finland Free to Decide on Its NATO Membership