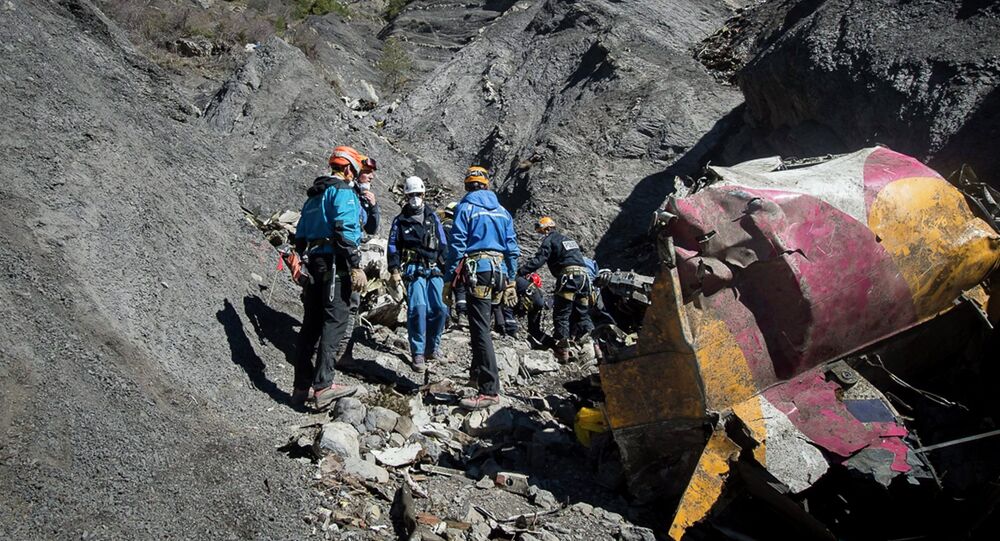 The investigation has revealed that Lubitz received regular treatment at psychiatrists' and had taken antidepressants, tranquilizers and other medication to treat depression.

According to the information obtained by Welt am Sonntag, Lufthansa medical personnel is obliged to notify civil aviation authority of any serious conditions the pilots suffer from. In Lubitz' medical records there is a note prescribing to inform the LBA of the co-pilot's health problems, but according to the statement by the authority this had never happened.

"Luftfahrtbundesamt had not been informed that L. [Lubitz] needs treatment," LBA said in a statement, quoted by Welt am Sonntag.

According to the German newspaper, Lufthansa refused to comment on this information.

The Germanwings Airbus A320, en route from Barcelona to Dusseldorf, crashed on March 24 in the French Alps, killing all 150 people on board.

Data from the "black boxes" recovered at the scene indicated that co-pilot Andreas Lubitz had deliberately crashed the plane.