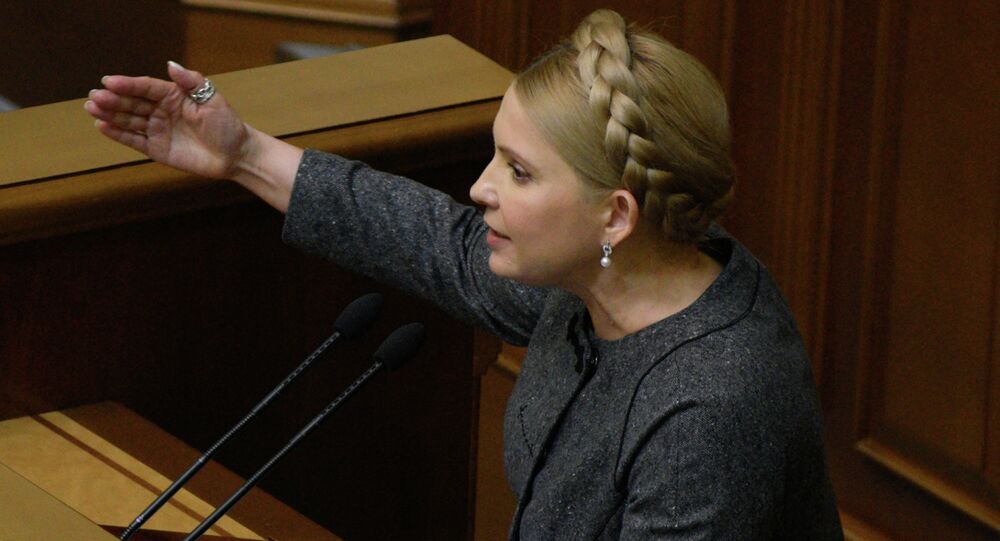 © RIA Novosti
Tymoshenko Calls for Joint Coalition Agreement in New Rada
According to the former minister, Ukrgasdobycha produces most of Ukraine’s gas and sells it to Naftogaz, with the real price being lower than the companies claim in their contracts.

Tymoshenko also stated that a commission of inquiry should be established in the parliament to analyze Ukraine's increasing utility rates.

Electricity, gas, heating and hot water prices were adjusted in Ukraine on April 1. The gas price was increased by an average of 285 percent, in compliance with a memorandum signed by Ukraine’s government and the International Monetary Fund.