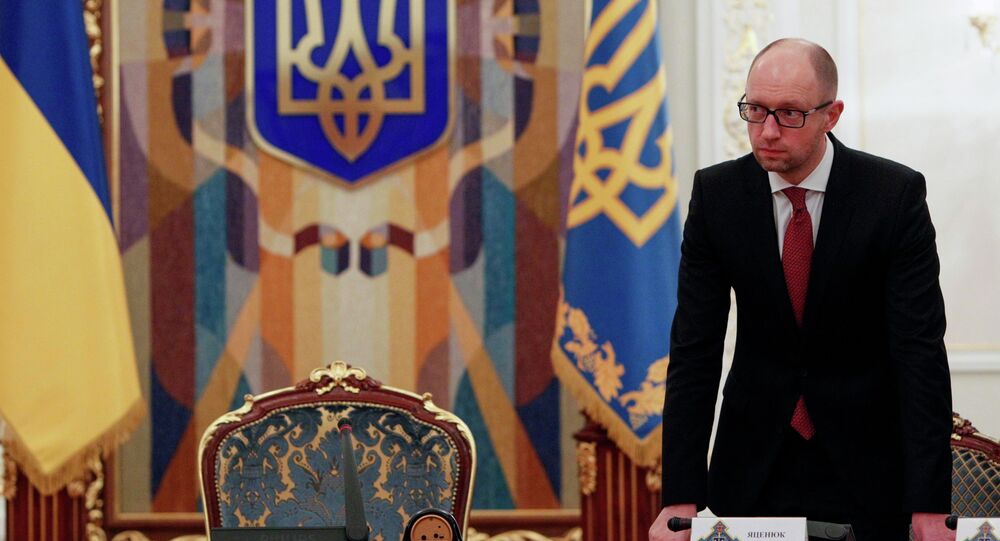 The premier would be removed from his post next week through voting after a temporary investigative anti-corruption commission is established, according to Petro Poroshenko’s Bloc representative Sergei Kaplin.

The premier would be removed from his post next week, according to Petro Poroshenko’s Bloc representative Sergei Kaplin.

Yatsenyuk would be dismissed from office through voting after a temporary investigative commission is established, Kaplin said.

The commission would inquire into the statements made by Nikolai Gordienko, the former official who accused Yatsenyuk of corruption. Gordienko was head of the state financial inspection. Yatsenyuk dismissed Gordienko from office because, as he said, the official was actively involved in the investigation, Kaplin claimed.

According to Kaplin, lawmakers are ready to block the parliament tribune until the decision to form the commission is made. Signatures are now being gathered for the initiative. Kaplin also announced that "a large demonstration" will be held near the Verkhovna Rada on the first plenary day next week.

© East News / AP Photo/Sergei Chuzavkov
Western Trust in Ukraine Has Its Limits – German Media
In early-March Yatsenyuk dismissed Gordienko from his post and ordered an investigation to be launched into the activities of the State Financial Inspection.

According to Yatsenyuk, when Gordienko was in office the department conducted a biased financial audit of Antonov State Company, a Ukrainian aircraft manufacturing company. He also accused Gordienko and the department of failing to maintain control over state property and state finances.

Moreover, Gordienko accused Yatsenyk of covering up corruption schemes. According to him, Ukrtelecom Telecom Company was privatized in violation of the law and caused "billions" in damages, Gordienko stated.

He also said Yatsenuk’s cabinet blocked the investigation into corruption schemes from the time of the former government. Yatsenyuk’s cabinet rebuffed the allegations saying they were politically biased.