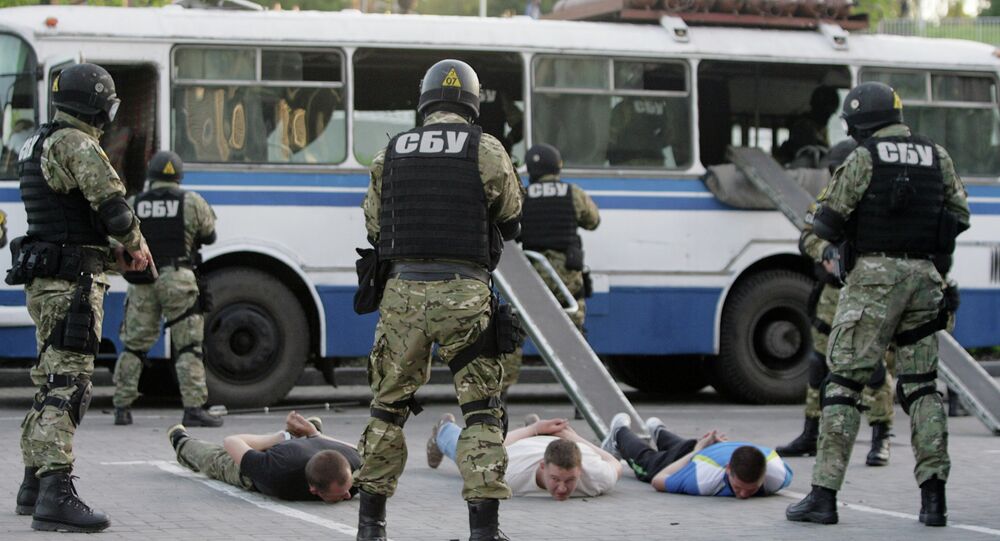 The Security Service of Ukraine (SBU) should be modeled on the security services of the ultranationalist groups, active in Ukraine during and after World War II, namely the Organization of Ukrainian Nationalists (OUN) and the Ukrainian Insurgent Army (UPA), SBU head Valentyn Nalyvaichenko said.

"There is no need to come up with anything new for the SBU. It is important to take traditions and operating procedures used by the OUN and the UPA since 1930s until 1950s as a basis," Nalyvaichenko told the Day newspaper. Ukraine's Security Service is undergoing major reorganization.

© Sputnik / Alexander Mazurkevich
History, Repeated: Ukraine Neo-Nazis Turn to Old Ally US for 'Help'
The Ukrainian Insurgent Army (UPA) was established as the armed wing of the Ukrainian nationalists in 1942. The UPA operated mainly in western Ukraine, fighting against Soviet forces on the side of Nazi Germany. In 1943, the UPA massacred as many as 100,000 Polish civilians in Volhynia and Eastern Galicia.

War veterans and politicians have sharply criticized glorification of the UPA and its leaders, Stepan Bandera and Roman Shukhevych, accusing them of collaborating with the Nazis.