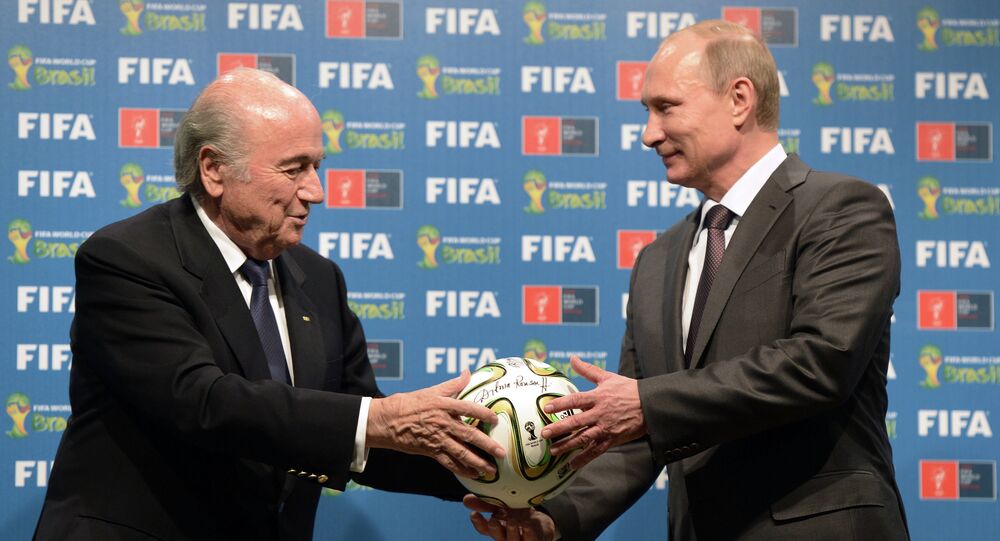 World football’s governing body FIFA rejected on Thursday a call by a bipartisan group of 13 US senators to move the 2018 World Cup out of Russia.

Rutube
Let's Get This Party Started! Moscow Prepares to Host 2018 FIFA World Cup
In a letter sent Tuesday and released publicly Wednesday, the Democratic and Republican US lawmakers said they "strongly encourage" the International Federation of Football Associations  (FIFA) to move the global competition, arguing that allowing Russia to play host to the event “inappropriately bolsters the prestige” of Russian President Vladimir Putin.

FIFA spokeswoman Delia Fischer rejected calls to strip Russia of the World Cup it was awarded in 2010.

"History has shown so far that boycotting sport events or a policy of isolation or confrontation are not the most effective ways to solve problems,"  Fischer wrote Wednesday in an email to the Associated Press.

The World Cup, she said, "can be a powerful catalyst for constructive dialogue between people and governments, helping to bring positive social developments.”

"Football should be united, sport should be united when it comes to boycotts," Blatter said addressing the 39th UEFA Congress in Vienna. "Boycotts have never had any results."