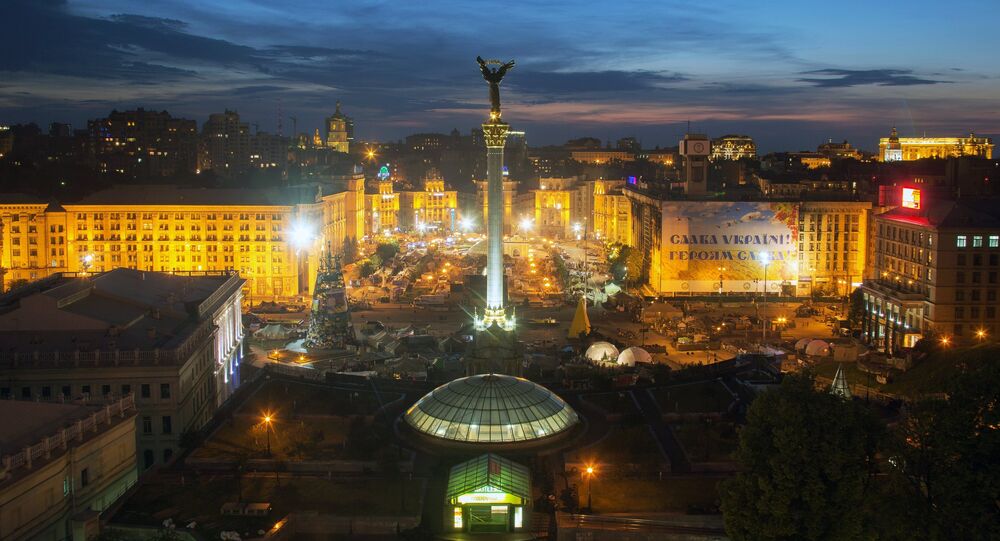 Kiev officials have not been able to organize an independent and fair investigation of the crimes committed during the events on Maidan Square. The country’s authorities systematically hinder the inquiry process, Frankfurter Allgemeine Zeitung wrote.

Kiev officials are not interested in disclosing the truth about the shootings during the events on Maidan Square, journalist of the Frankfurter Allgemeine Zeitung Ann Dorit Boy wrote in her article.

© Sputnik / Andrey Stenin
Council of Europe Critisizes Kiev Over Inquiry Into Maidan Violence
Law-enforcement authorities in Kiev have still not revealed who sent snipers to shoot at the peaceful protesters, the journalist said.

According to Ann Dorit Boy, nobody would believe that the mentality of the Ukrainian government can change "overnight".  To organize an independent and fair investigation is difficult for many reasons, but at least worth a try. However, nothing has been done to launch a fair inquiry into the case. Instead, the Ministry of Interior, Security Service and the Prosecutor General of Ukraine have systematically impeded the investigation.

The journalist wrote that even the heavy fighting in Donbass does not justify the betrayal of European values to which the new government expressed its commitment. "The investigation of crimes committed on the Maidan, in the House of Trade Unions in Odessa, Donbass and anywhere in the country as well as [corresponding] punishment are indispensable for the recovery of Ukrainian society,” she said.

Council of Europe to Unveil Results of Maidan Crimes Probe