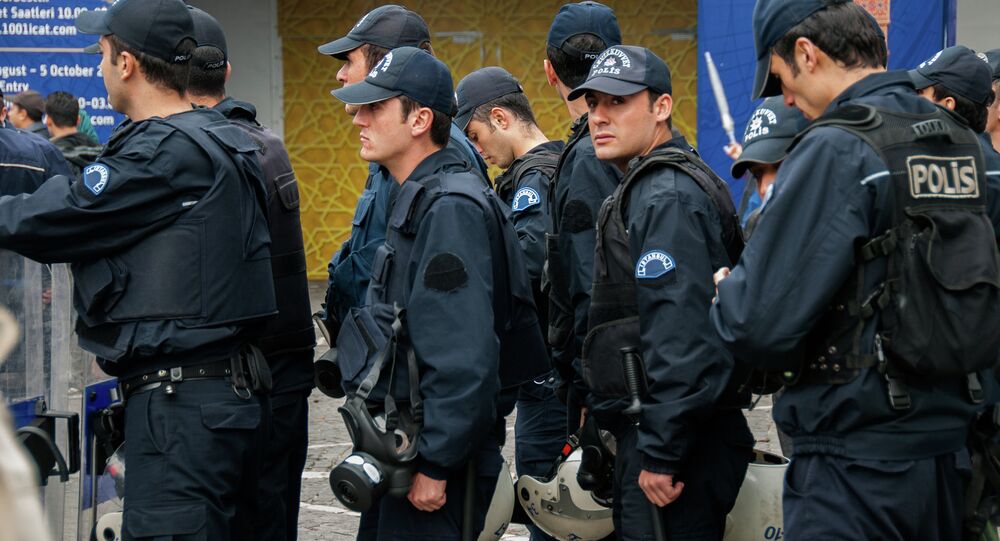 MOSCOW (Sputnik) — The majority of those detained are students of Akdeniz University in Antalya who have links to the DHKP-C. The police are still searching for one more person, according to Hurriyet.

On Tuesday, two terrorists with alleged links to the far-left Revolutionary People's Liberation Party-Front (DHKP-C) took Turkish prosecutor Mehmet Selim Kiraz hostage in the courthouse in Istanbul and held him for about six hours until being killed, along with the hostage, in the rescue. The prosecutor was shot several times by the terrorists and died in the hospital.

© REUTERS / Osman Orsal
Turkish Prosecutor Held Hostage in Istanbul Dies Following 6-Hour Standoff
The suspects were detained based on information that there could be similar attacks planned in Antalya. A lawyer for the DHKP-C, Hakan Evcin, denied the allegation adding that the arrested students wanted to give a press conference regarding the incident, Hurriyet reports.

Kiraz was leading an investigation into the death of 15-year-old Berkin Elvan, who was hit on the head by a teargas canister fired by a police officer in June 2013 during a mass anti-government rally in Istanbul. He died in March 2014, following 269 days in a coma.

A farewell ceremony for Kiraz took place in the courthouse in Istanbul. He will be buried later on Wednesday.

The hostage-takers, unsatisfied with a lack of arrest warrants and the time the prosecution was taking in the case, demanded the immediate arrest of those police officers responsible for Elvan’s death.

The DHKP-C is a radical leftist organization considered a terrorist group in Turkey, the United States and the European Union.