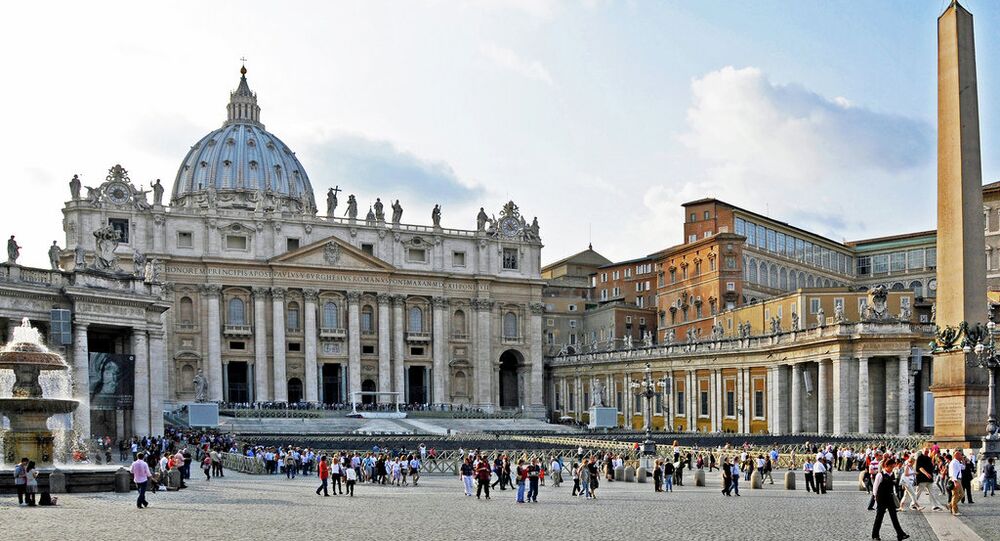 The Italian government "ignored" the possibility of high losses for Italian private companies, when it approved economic sanctions against Russia, an Italian newspaper wrote.

The trade turnover between Russia and Italy is continuing to decrease as result of economic sanctions against Russia and is comparable to a disaster, which continues to grow in size, the Italian newspaper “Il Nord” wrote.

© AP Photo / Michael Sohn
Merkel Fears Split in EU Regarding Anti-Russian Sanctions – German Media
According to the newspaper, the trade turnover between the two countries decreased by 17% last year, while exports fell by 11.6%. The most affected sectors are food and textile industries, where the amount of supplies to Russia decreased by 38% and 16%, respectively. The negative trend has continued in 2015 as well. In January, Italian products to Russia dropped by 36.7%.

"Over a short period of time, we have destroyed years of work of Italian entrepreneurs," Antonio Fallico, chairman of the Board of Directors of the Intesa Bank said, cited by the newspaper. He also noted that Italy and Russia are strategic partners and that some Italian companies “cannot do without the Russian market."

The decrease of exports to Russia has become one of the factors leading to the continuation of the economic crisis and rising unemployment in Italy.

Italian Prime Minister Matteo Renzi approved anti-Russian sanctions, but "ignored" the losses that private companies might have to bear, the newspaper wrote.