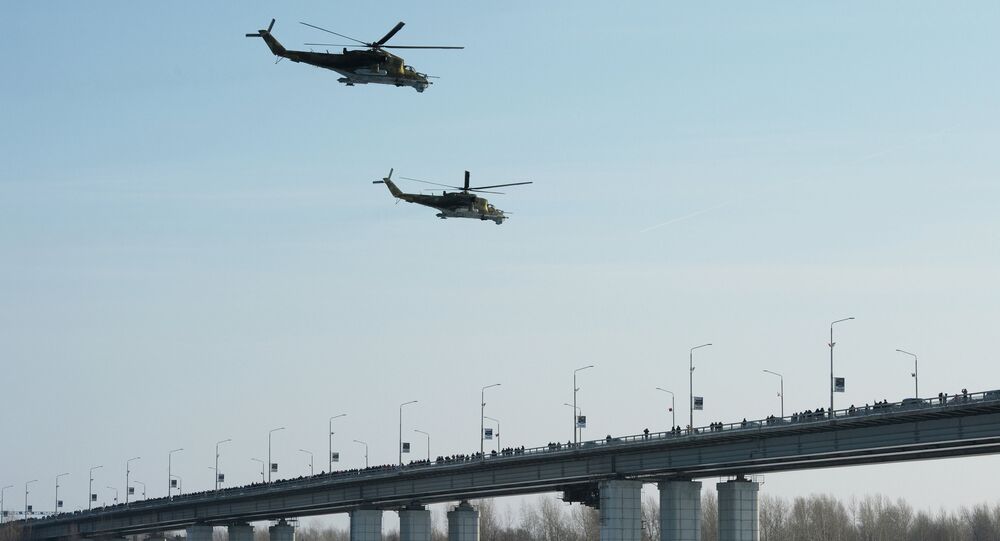 Officials of the Ukrainian National Guard illegally sold two military helicopters abroad according to the Prosecutor General of Ukraine.

As a result of a corrupt deal to sell two Mi- 24 combat helicopters, Ukraine suffered a multimillion-dollar loss, according to the prosecutor’s office.

© Sputnik / Sergey Mamontov
Ukraine 'Lost Without Trace' Five Indian Warplanes During Planned Upgrade
Officials of the Ukrainian National Guard illegally sold two military helicopters abroad according to the official website of the Prosecutor General of Ukraine. The website also stated that the officials forged the acts of acceptance.

“Ukraine's Chief Military Prosecutor has conducted an investigation together with the country's Security Service, focusing on expropriations of military property. A criminal case has been launched as a result, looking into sales of two military Mi-24 helicopters with armaments by officials from the National Guard,” the statement from the prosecutor read.

It is noted that this sale also caused financial damage to the state in the amount of 5 million hryvnia ($ 0.21 million).