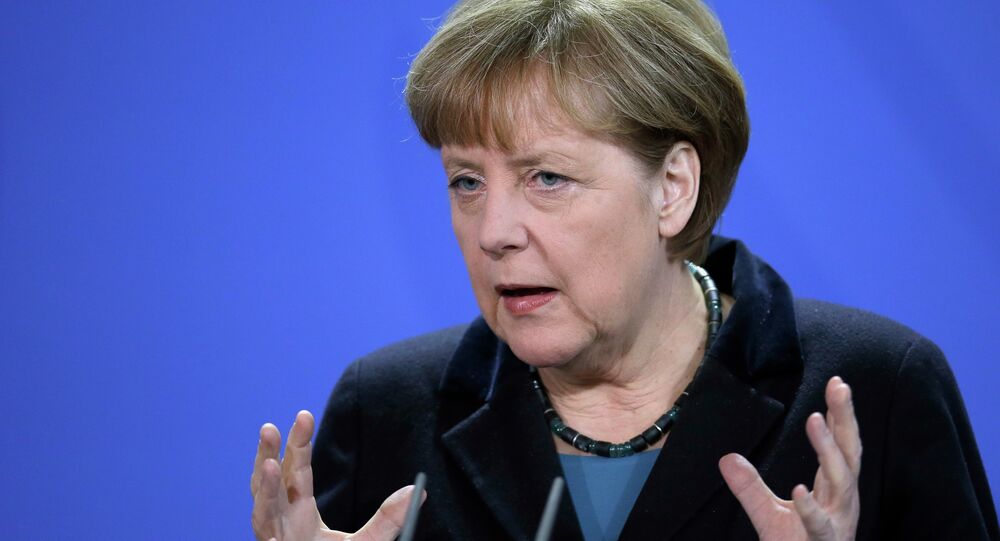 Statements made by the German Chancellor during her visit to Finland demonstrate her concerns about a split among European countries, arising from their different stances towards Russia, Deutsche Wirtschafts Nachrichten wrote.

Europe should pursue a unified policy towards Russia in the context of the Ukrainian crisis, German Chancellor Angela Merkel said during her visit to Finland, where she met with the country’s Prime Minister Alexander Stubb, German media reported.

There should be no individual approach of the EU states with regard to this issue, the German politician said during her speech at the University of Helsinki.

© Wikipedia / Bidgee
Australia’s Expanded Sanctions Against Russia Come Into Effect
"We want to cooperate with Russia, but on the basis of certain principles,” Merkel stated, cited by the German newspaper “Hamburger Abendblatt”. If Europe continues to act in a common way, then the desired impact of anti-Russian sanctions will be achieved, the German politician said.

ARD journalists said after the press conference, that, according to Merkel, a quick solution to the conflict is very unlikely.

Another German media source, Deutsche Wirtschafts Nachrichten, wrote that Merkel’s statements about the need for a common approach towards Russia demonstrate her concerns about the division in the European Union.

© Sputnik / Evgeny Biyatov
Crimean Reunification Simply Convenient Excuse to Slap Sanctions on Russia
With her visit to Helsinki which took place shortly before the parliamentary elections in Finland, Merkel wanted to express support for the Finnish prime minister who decided to follow a rigid policy towards Russia, despite the fact that anti-Russian sanctions have a negative impact on Finland as well, German media wrote.

A number of EU countries expressed their disapproval of the sanctions’ extension. Greece, for instance, demanded that the EU refunds losses, which the country has to bear as result of restrictive measures.  Italian Foreign Minister Paolo Dzhentiloni also called for the partial lifting of sanctions, adding that the EU, in his view, is too concentrated on the Ukrainian crisis.