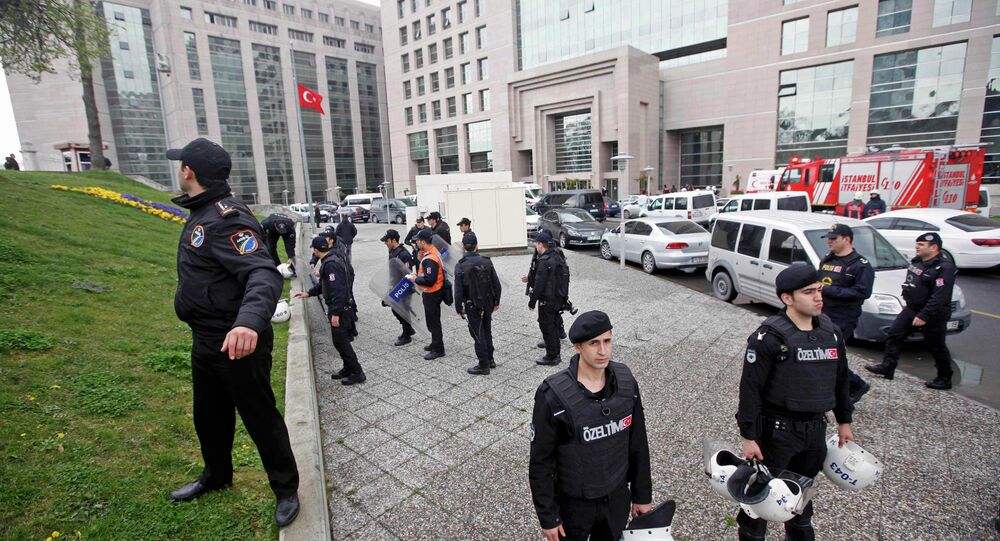 A Turkish prosecutor, Mehmet Selim Kiraz, is being held hostage by an armed far-left group in a courtroom in Istanbul.

The council said that the media ban was triggered by an emergency security situation. Under Turkish law, such a ban may be introduced by the country's prime minister in situations that pose a threat to public order.

A Turkish prosecutor, Mehmet Selim Kiraz, is being held hostage by an armed far-left group the Revolutionary People's Liberation Party Front (DHKP-C) in a courtroom in Istanbul. Kiraz has been leading an investigation into the death of 15-year-old Berkin Elvan, who was hit on the head by a police officer in June 2013, during a mass anti-government rally in Istanbul. He died in March 2014, following 269 days in a coma.

The courthouse having been evacuated, Turkey's special units have encircled the building.

The DHKP-C said in a statement that those responsible for Elvan's death should be arrested. Gunmen threatened to kill the prosecutor if their demands are not met.

The DHKP-C is a radical leftist group, founded in 1978 as the Revolutionary Left, and then re-branded in 1994. The organization is considered a terrorist group in Turkey, the United States and the European Union.