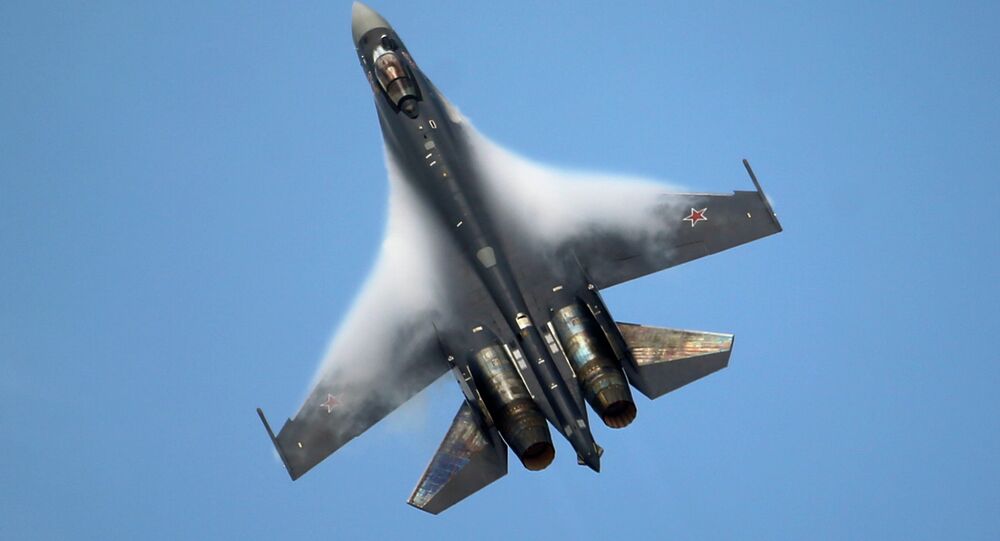 The French aerospace industry hopes to continue cooperation with their Russian colleagues despite the current tensions between Moscow and some Western countries.

The European Union, the United States and a number of their allies imposed economic sanctions on Russia last year, after the Black Sea peninsula of Crimea rejoined Russia in March 2014 following a referendum.

© Sputnik / Alexandr Kryazhev
Large-Scale Russian Air Show in Pictures
12
Paris Air Show managing director Gilles Fournier said during the same press conference that 42 countries are expected to take part in this year's show, due to be held at the Le Bourget Airport on June 15-21.

Fournier added that Russia will send a larger delegation this year than in 2013, when the Sukhoi Su-35 fighter jet made its debut at a Western show.

As of now more than 20 Russian companies, including the Federal Space Agency Roscosmos and state-run arms trader Rosoboronexport, are among the 2015 exhibitors, according to the show's official website.

France Should Speed Up Mistrals’ Delivery to Russia – French Politician