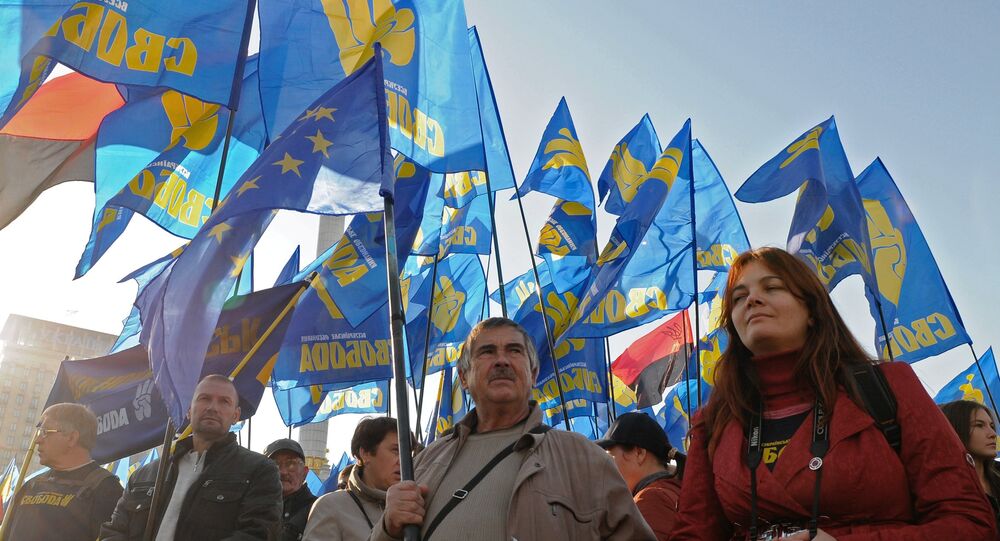 Anti-Defamation League European Affairs Director Andrew Srulevitch claims that anti-Semitic Incidents have declined among Ukraine’s far right parties, but the phenomenon has not been eliminated.

“When the Svoboda Party gained national prominence [in Ukraine’s May 2014 presidential elections] we actually did condemn it, and we warned mainstream parties they will be responsible if they’re building a coalition with them,” Srulevitch stated on Monday of Svoboda’s anti-Jewish rhetoric and insignia.

The Svoboda Party has been accused of anti-Semitism and neo-Nazi tendencies. The party suffered major losses in the 2014 parliamentary elections, winning 6 seats, down from 37 seats it won in 2012.

Despite the apparent decline and losses the Ukrainian Right Sector experienced in the October 2014 parliamentary elections, “that is not to say that anti-Semitism has disappeared.”

Russia has repeatedly raised concern over the far-right movements in Ukraine, trying to draw attention of the United Nations, the Organization for Security and Co-operation in Europe and the Council of Europe to the issue.