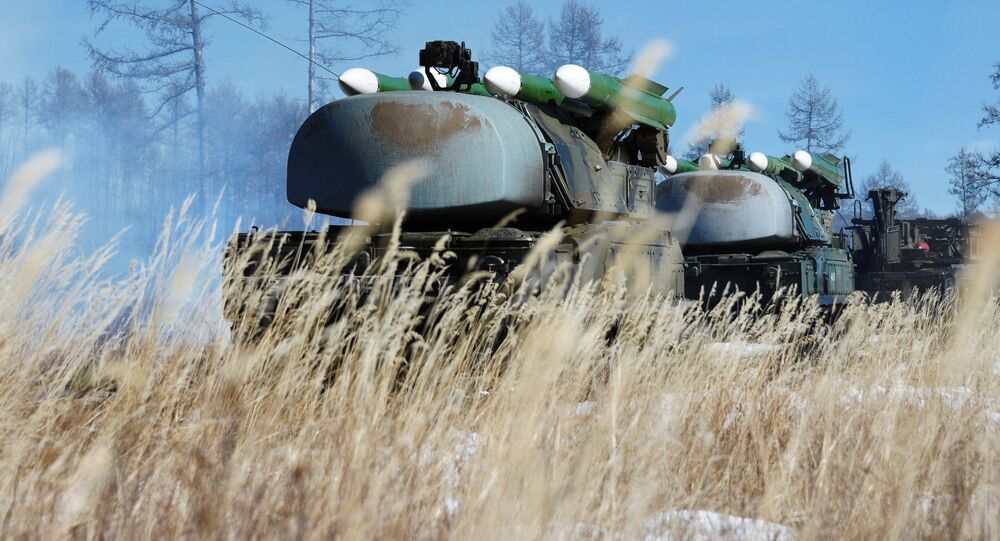 An international team investigating into the flight MH17 crash published an appeal for the witnesses who may have any information about the Buk missile system, which according to one of the scenarios might have shot down the plane.

MOSCOW (Sputnik) — An international team investigating into the flight MH17 crash in eastern Ukraine published Monday an appeal for the witnesses who may have any information about the Buk missile system, which according to one of the scenarios might have shot down the plane.

On July 17, 2014, Malaysia Airlines Boeing 777, en route from Amsterdam to Kuala Lumpur, crashed in Ukraine's eastern region of Donetsk, killing all 298 people on board, including 196 Dutch citizens.

"We are looking for witnesses who might have information regarding the transport of the BUK missile system. This includes the transport of the BUK on a low loader truck of the brand Volvo on July 17th and 18th through the Donbass region and the BUK system moving by itself on July 17th in the area of Snizhne," the investigators said in a statement.

© Sputnik / Andrei Stenin
Creative Lie-cense: Reuters Accused of Faking MH17 Testimony
The investigators added that they are examining different scenarios and the one that involves Buk is not the final one.

The Dutch investigators are expected to release a final report on the results of their inquiry by the end of June, according to Dutch media. In a preliminary report issued in September 2014 the DSB said that the airliner was hit by numerous high-energy objects.

Kiev accuses the militia in the breakaway republics of Lugansk and Donetsk of shooting the plane down using a Russian-made missile, whereas the militia insists they did not have weapons capable of shooting down a plane flying at 32,000 feet.

On March 12, The Reuters article claimed that Pyotr Fedotov, who lives in a village in the self-proclaimed Lugansk People's Republic, said on camera that the missile was fired from the territory held by the Ukrainian Army but later reversed his opinion.

The RT news channel reported earlier on Monday that Fedotov has said the Reuters news agency lied about him saying that he saw a missile launched from the militia-held territory before the MH17 flight crash last year.

Expert: Fragments Found in Bodies of MH17 Pilots Could Be Buk Missile Shrapnel