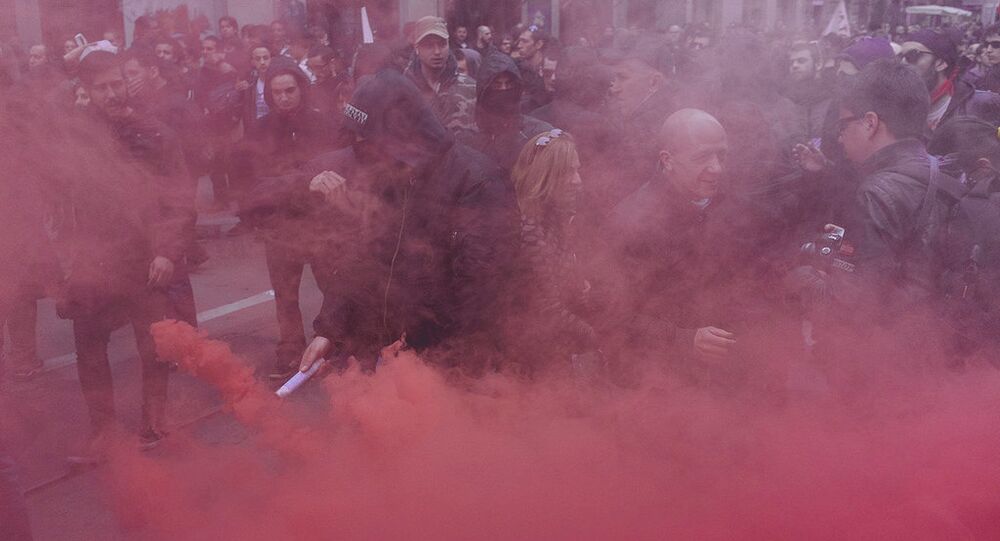 Anti-fascist and anti-racist demonstrators organized a national day of protest against far right groups for March 28 and posted on social media under the hashtag #MaiConSalvini — Never With Salvini — a reference to Matteo Salvini, leader of the far-right Lega Nord or "Northern League," who was scheduled to speak in the city.

The Lega Nord has seen a surge in popularity in post-crisis Italy, riding a wave of anger over austerity measures and growing anti-immigrant xenophobia.

© Flickr / Mirko Isaia
As head of the Lega Nord, Matteo Salvini has called for an exit from the eurozone, has denounced corrupt politicians and bankers for causing the crisis, and has advocated drastic reductions in immigration, which critics deem racist.

A main complaint of the Lega Nord is that disproportionate resources that should be reserved for Italians are being used on the many immigrants washing up on Italy's shores in recent years. Their rhetoric also reflects an anti-Southern Italy sentiment that sees the economically less-developed south as a drain on national resources.

The above tweet from Salvini reads "Keep Calm…Our People First!"

Organizers played on the Lega Nord's slogan "Roma ladrona, La Lega No Perdona"  - "Rome is a thief, the League won't forgive." Protesters gave it their own local twist- "Lega Ladrona, Torino no Perdona" — "The League is a thief and Turin will not forgive."

Italy Takes in Influx of Migrants as Violence Engulfs Libya