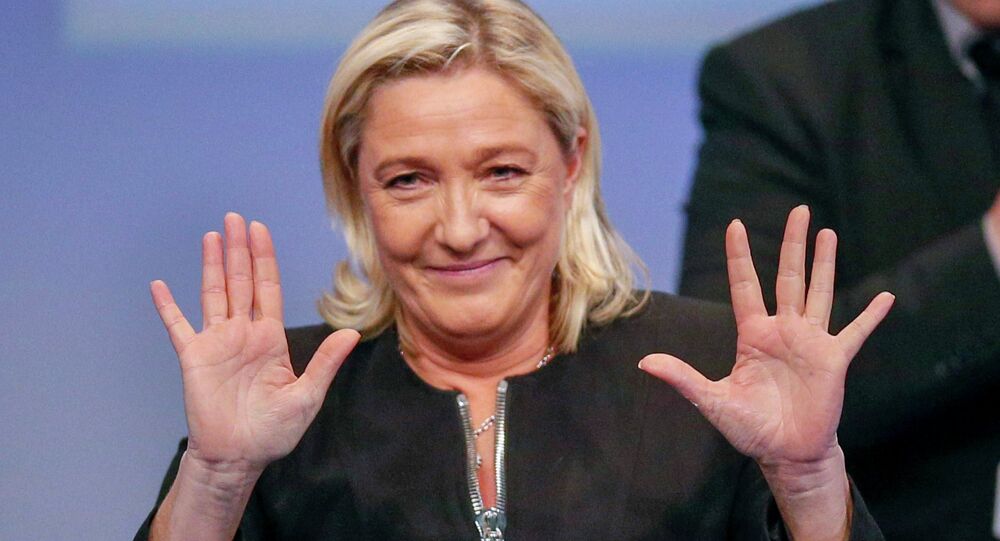 © REUTERS / Robert Pratta
Marine Le Pen Urges France to Come Out of America's Shadow
De Danne explained that Marine Le Pen's chances are very high as the UMP alliance consists of several different parties and each of them will have to present their own candidate for the presidential elections whereas National Front has a single candidate.

“Sarkozy looks like a winner in these elections, but when it comes to the president’s elections it’s not going to work like this. The UMP alliance will have to separate and each party will have to have the candidate of its own. And they don’t have the chances against Marine Le Pen,” de Danne said.

France will vote in presidential elections in two years, and Marine Le Pen is expected to make a strong bid after her National Front Party got second place in the second tour of the departmental elections in France, being elected in 34 councils. Former President Nicolas Sarkozy's conservative UMP managed to edge Le Pen's party after a victory in 67 local councils.