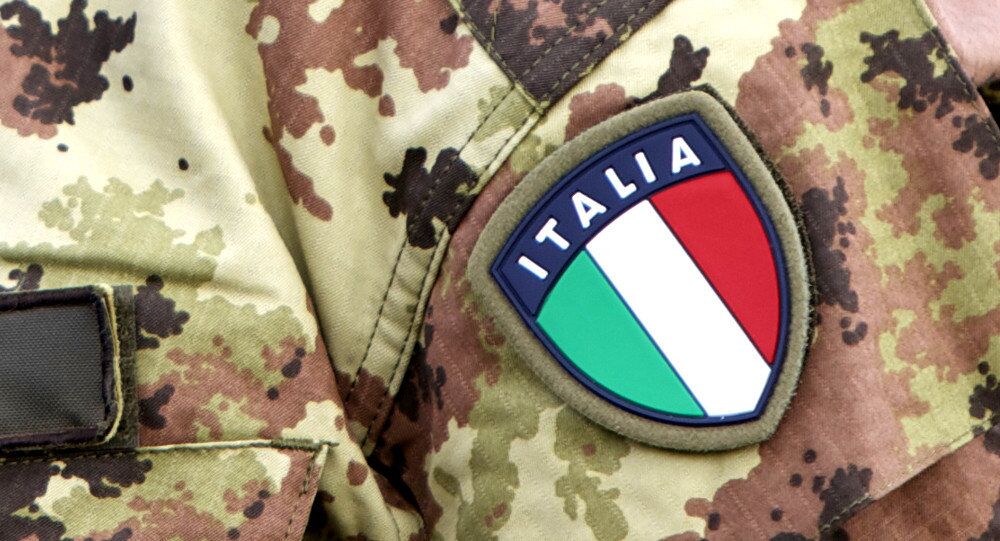 A popular Italian TV program Le Iene has interviewed several Italians fighting in Donbass on the side of the independence supporters.

Andrea Palmieri was helping defend a position near the hills. In a house next to it, a woman was looking at her PC. She was laughing out loud like a little girl. Andrea wondered if the woman was crazy. No, she was watching her children's favorite cartoon, they told him. Her children had both been killed by a bomb in Donetsk.

"I am a parent myself", says Palmieri, 35, from Lucca. "That scene deeply touched me."

Palmieri is one of Italian volunteers who came to Donbass to fight alongside the pro-independence militias. When asked why they do it, they say "to help the local people".

With good reason, since western media have systematically ignored the locals' plight.

All have a story to tell, as poignant as the one Palmieri witnessed next to his position.

Palmieri, who speaks fluent Russian, knows well the history of the city he has chosen to risk his life defending:

"People here speak Russian, feel Russian. Lugansk itself was built by the Russians."

So how many Italians are there? Four are known by name. Two of them have agreed to be interviewed by Italian TV. But there may be more — we may never know. Palmieri explains why:

"The Spaniards have been arrested. The Serbs, too. We, the Italians fighting for Donbass independence, could be next. We don't want that. As soon as this is over, we want to go back to our country."

"Some Fight for Money, Some for Ideals"

Irina Osipova, president of Giovani Italo-Russi — a non-profit association that helps Russians who live in Rome to keep in contact with each other — worries about this aspect too:

"The problem for those who manage to survive these wars is their future. Will they be able to return to a normal life?"

Well, the prospect of prosecution certainly does not help.

"Some fight for money, some for ideals. It is one thing to be paid to kill. It is a completely different one to risk your life to defend people that need defending, to help them survive."

The latter applies to Andrea Palmieri, as well as to his fellow countryman and comrade-in-arms Antonio Cataldo, 30, from Avellino near Naples.

"I love Russia. I came here to help the people. Ukrainians have shelled women and children. This is no civil war. A civil war is made by two factions fighting each other. And not by a regular army deliberately shelling civilians. This is a massacre."

In Palmieri's view, this is also a clear case of preventing a much bigger calamity:

"I believe that only our victory may prevent WWIII. Because once fully encircled, Russia will have to defend itself."

© Sputnik / Vitaliy Belousov
What if Ukraine's Euromaidan Had Never Happened?

Asked about money, he is very transparent: "I receive $300 per month for expenses. I am fighting for an ideal. My own ideal. We in the West can no longer appreciate that somebody might do something without a by-end. But I have no by-ends myself".

Money is no motivation for Cataldo either. An experienced soldier, he fought in Libya as a contractor for Gaddafi: "That was good money indeed! Here I earn nothing; I have come over only to help these people".

Cataldo is a sniper right next to the Ukrainian fire line. "A very advanced position," he says.

"I stay in here the whole day, with just short breaks to eat some rice".

While the cameramen of Le Iene pan over the Ukrainian position, and show viewers exactly what a sniper sees in the objective when he zooms over a target, the Ukrainians begin to fire.

"They shoot at us, they bomb us during the night," says Cataldo while showing the cameramen the wreckage brought by last night's shelling.

Asked about what he wants to do next, he clearly intends to go back to Italy:

"I am no terrorist. I chop nobody's head. I have done nothing wrong by coming over here to help the population."

"My family members know nothing about this. I told them I was going to Russia for a while," he says.

He cannot keep in touch with them either: "I can't call them. I can't use the phone. [Or] else the Ukrainians will find out where we are."

Andrea Palmieri has been fighting for Lugansk militias for seven months, and now knows the combat field by heart.

As he drives along the city's suburb, Palmieri shows the journalists a tank. It is covered with flowers: "This was ours. Our boys died there. See the flowers? Local people brought them. If you don't see flowers, it's because the dead are from the Ukrainian army".

"From here, they bombed the city", says Palmieri while the camera shows Lugansk's skyline in the distance.

"We were able to prevent them from further shelling the city. We encircled them, and they had to pull back a few kilometers," Palmieri proudly recalls, "they tried to dig more trenches, but failed, and had to crawl their way back".

Palmieri shows the cameraman a trench where "up to 20 soldiers took refuge". US made K-Rations lay scattered on the ground. "It is proof that Americans are helping the Ukrainian army," he says.

"In other trenches you can see cluster bombs. They are US made too."

"How many were there?" asks the journalist. "Around 500," his voice trembles when he recalls how his comrades-in-arms died.

"Because of a bomb explosion, or of multiple injuries."

Asked about his child left in Italy, Palmieri says: