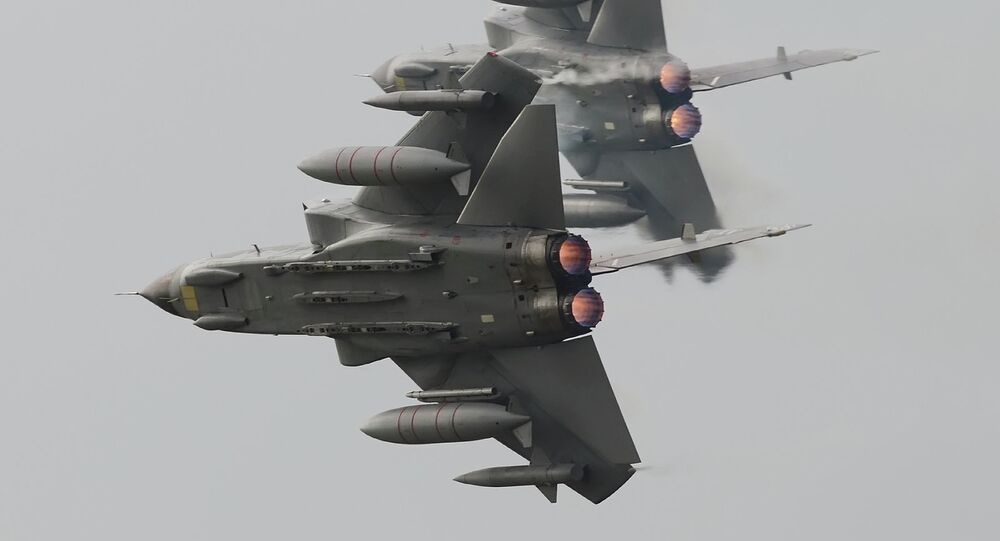 British Royal Air Force held their largest air combat exercises in 13 years to prepare for any mass enemy attack on the United Kingdom.

According to the newspaper, the exercises involved 20 Typhoon jet fighters and Tornado bombers that took part in “a day-long war game in the skies above northeast England.”

The drills, reportedly, were held in response to "frequent" appearance of Russian fighter jets in the skies above the United Kingdom.

© Flickr / UK Ministry of Defence
UK Army Starts Training Ukrainian Troops
In January, the United Kingdom has summoned the Russian ambassador over Russian military jets flying over the English Channel. Britain claimed that a civil aircraft had to be diverted due to two Russian TU-95 "Bear" long-range bombers flying close to British air space, but admitted that the Russian planes did not enter sovereign UK airspace.

Earlier in March, Irish Examiner newspaper said that services of several commercial aircraft were interrupted due to proximity with two Russian bomber jets in Irish airspace.

The Russian Ministry of Defense stated that the Russian Air Force's flights do not breach international regulations, and do not violate any nation's airspace.

US Sends Troops, Tanks for Drills in Eastern Europe