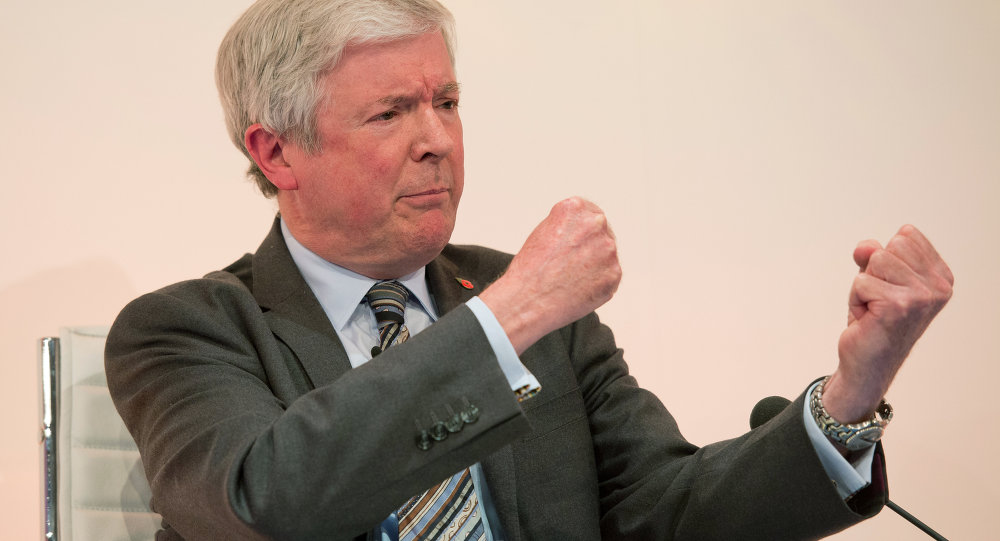 Metropolitan Police reportedly are looking into alleged death threats made against BBC Director General after he fired Jeremy Clarkson.

"Police in Westminster are investigating an allegation of threats to kill. The allegation was reported to police on Wednesday 25 March," BBC quotes a Metropolitan Police spokesman as saying.

According to police, "inquiries continue" but no arrests have been made so far.

Tony Hall and his wife are under 24-hour protection from an "elite squad of bodyguards" at their home in Oxfordshire, England, according to The Daily Mail.

YouTube/JM's unemployment tube
BBC Previews Next Episode of Top Gear Without Jeremy Clarkson
BBC's director general announced his decision to fire Clarkson on Wednesday, March 25. The announcement came after the presenter's suspension on March 10, over Clarkson's physical and verbal attack on producer Oisin Tymon at a North Yorkshire hotel. The incident occurred on March 4.

Clarkson has a history of controversial behaviour and was given a "final warning" by BBC following claims that he had used a racist word during the filming of the Top Gear show.

Top Gear was named the world's most widely-watched factual TV program in the 2013 Guinness book of World Records. The show is broadcast in over 200 countries and has 350 million viewers, according to the Business Insider.

Over 1 million people have signed a petition asking for Jeremy Clarkson, 54, to be reinstated as the host of the motor show.