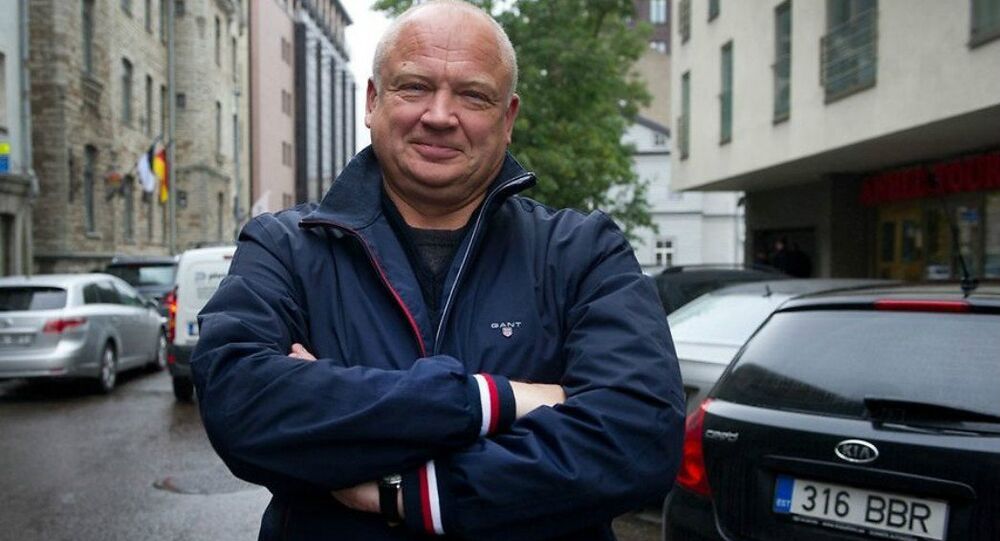 In an op-ed for Estonian news portal Delfi.ee, EKRE member and former Olympic champion Mait Riysman criticized his party's defense of an MP who had praised Nazi Germany and the "positive nuances of fascism."

The Estonian Conservative People's Party (EKRE), embroiled in a scandal earlier this month involving a recently elected parliamentarian's comments about the "many positive nuances" of fascism, was hit again on Saturday in an op-ed by a famous party member and national sports champion who said that he had once been told that he was just another "illiterate athlete who must first go to the nearest library and read the works of Hitler."

Earlier this month, the EKRE was hit by scandal following local media's discovery of an old blog post by recently elected MP Jaak Madison, who noted in 2012 that he saw "fascism as an ideology that consists of many positive nuances necessary for preserving the nation-state." The young politician also noted that while "it's true that there were concentration camps, forced labor camps, and a fondness for the use of gas chambers, at the same time, [the Nazis'] 'iron-fisted' rule did bring Germany out of deep trouble as the development initially based on military industry growth made the country one of the most powerful in Europe in just a few years."

© REUTERS / Ints Kalnins
US Tanks, Troops Arrive in Estonia for Joint Military Drills - Estonian Mission to NATO
The scandal widened after Madison tried to defend the post, which had also appeared on the party's website until recently, saying that it was merely "a hasty attempt to apply moral relativism to different political systems," Estonia's Public Broadcasting had earlier explained. Party leader Mart Helme's defense of Madison only sunk the party further, his statements that the opinion piece was dug up on the orders of the Kremlin proving unconvincing. Prime Minister Taavi Roivas condemned both the statements and EKRE's defense of Madison, noting that "the text of his blog is completely at odds with my values," but adding that "in Estonia we have freedom of opinion and expression, and we have to protect these values."

National sports hero Mait Riysman added his own voice of anger toward his party's misguided decisions this week in an op-ed for Estonia's Delfi.ee news portal, revealing that he had been "told straight to my face that I was another illiterate athlete who must first go to the nearest library and read the works of Hitler."

Riysman stated that while "there are many honest, intelligent people in the EKRE, whose names, unlike many political elites, are not tainted by corruption scandals…there are also those capable of upsetting even me, an athlete who lived through many troubles in life."

© REUTERS / Ints Kalnins
Estonia’s Ruling Reform Party Wins Parliamentary Election
"Party speeches protecting younger members," including those who "give thumbs up against the backdrop of Nazi symbology, have proven that we are not speaking about innocent, young wunderkinds seeking to save Estonia," Riysman noted.

"As a simple party member, I was completely baffled as far as the declarations and the facts are concerned. I felt as if I had joined a sect which called into question traditional Christian values. 'We'll stick it to Putin and build arms factories in Estonia. We will produce tanks! We will save the country along the example of the German economy of the 1930s! For the development of a small nation fascism has many benefits! Prohibit abortion for Estonian women!' Perhaps I do not know how to read, or maybe I am imagining things? These were calls made by a deputy to the country's parliament, not simply the mistakes of youth made a few years ago," the sports legend observed.

Earlier this month, Reiysman had appealed to his fellow party members, asking them to condemn Martin's statements, and the leadership's defense of the statements.