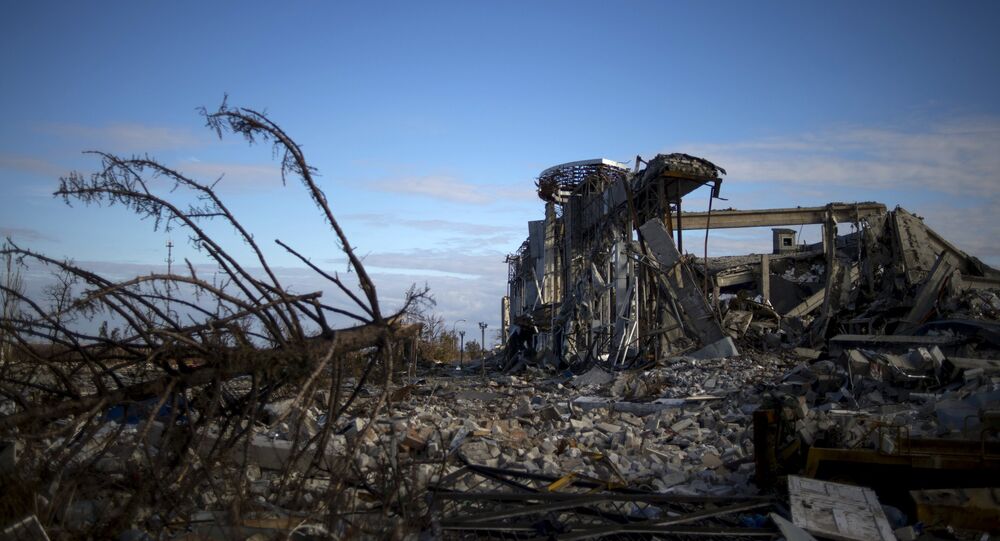 Lugansk Citizens Consider Kiev’s Actions as Aggression Against Own People

© East News /
Luhansk to Kiev: Kick Out the Fascists, Then We’ll Think of ‘Reintegration’
LUGANSK (Sputnik) – A total of 79.3 percent of LPR citizens said that Kiev's actions in southeastern Ukraine were "military aggression of Ukraine against its own citizens."

LPR authorities' efforts to revive the region's economy and restore infrastructure were deemed positive by 43.5 percent of respondents.

The vast majority of those polled (93.7 percent) said that Kiev's economic and social blockade of the region would only push the population of Donbas further away from Ukraine.

The survey was conducted between March 9 and 14 via telephone, with 1,600 people polled.

In April 2014, Kiev launched a military operation in Ukraine's southeast aiming to suppress the independence supporters who refused to recognize the Kiev authorities that came to power after a coup in February.

Ukrainian President Petro Poroshenko imposed in fall 2014 the blockade on Ukraine's breakaway regions of Donetsk and Lugansk leaving a significant portion of its population without social benefits. In a decree signed on November 15, all banks and government institutions in Donbas, including hospitals and schools, were suspended.

Lugansk and Donetsk, as well as the UN refugee agency and the Organization for Security and Co-operation in Europe, characterized Kiev's economic restrictions as inhumane.