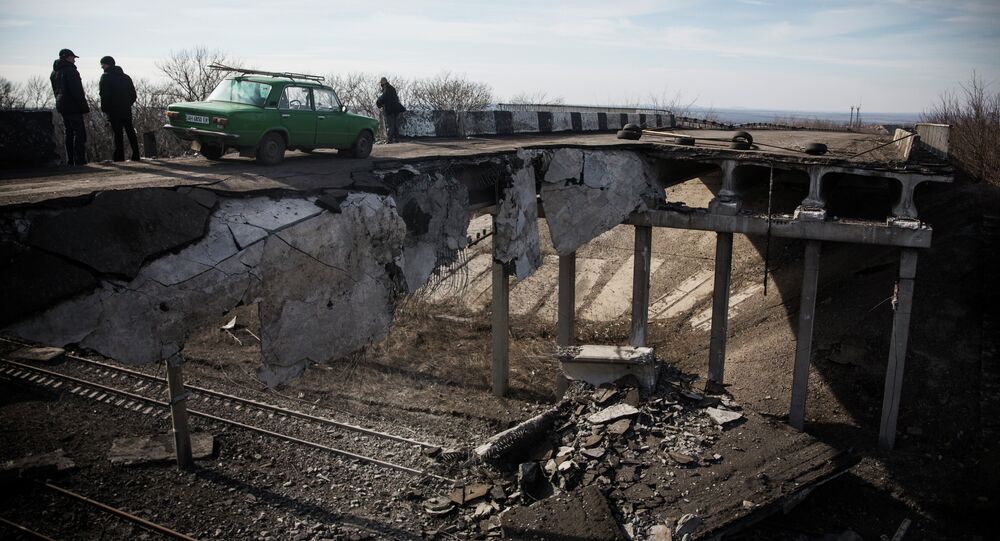 Labour Party member Lord John Quentin Davis is planning to visit the frontline in Eastern Ukraine to report about the real state of affairs in the country and decide on the format of assistance.

Steinmeier Comments on Consequences of Failure to Stick to Minsk Agreements on Donbass
"At the end of the trip, he (Davis) must report to colleagues about the real state of affairs, after which a decision will be made about the format of assistance to Ukraine," the website of the Donetsk regional administration under Kiev control reported.

According to the latest data, Davis is planning to visit the frontline in Eastern Ukraine.

In April 2014, the Ukrainian authorities started a military operation against residents of Donbass, dissatisfied with the governmental coup.  According to the latest UN data, about 6,000 Ukrainian residents were killed during the conflict.

The ceasefire agreement was signed on February 12, in Minsk after long negotiations. However, it still remains fragile with armed clashes likely to reignite any time.