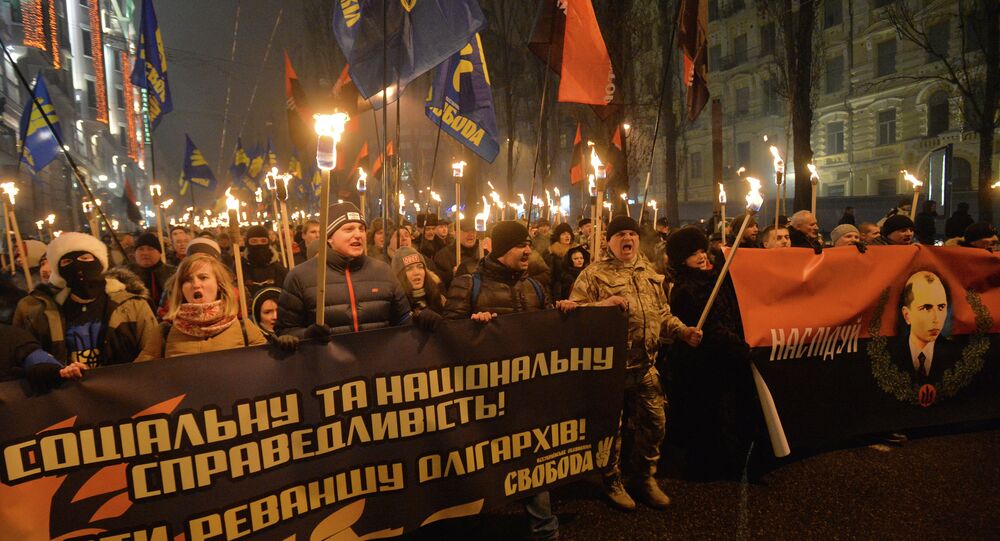 The politicians of the Democratic Left Alliance (SLD) of the Polish Sejm submitted a draft resolution to the Parliament in view of increasing nationalist tendencies in Ukraine.

The politicians of the Democratic Left Alliance (SLD) of the Polish Sejm submitted a draft resolution to the Parliament in view of increasing nationalist tendencies in Ukraine, Tadeusz Iwiński, Deputy Chairman of the Seimas of the International Affairs, told RIA Novosti.

The "Polish Sejm expresses concern over the Ukrainian state authorities’ nationalist traditions associated with ideas of Dmitri Dontsov and political practice of Stepan Bandera. Also the glorification of those responsible for the crimes committed against the Polish nationals,” the document read.

US Army photo by Master Sgt. Donald Sparks
Poland Prepares for 'Hybrid War' Through Shady Diplomacy, Arms Buildup
The draft resolution notes that "The Verkhovna Rada of Ukraine recently honored the death anniversary of Roman Shukhevych, commander in chief of the Ukrainian Insurgent Army (UPA), who was responsible for the death of 100,000 Poles in Volhynia and Eastern Galicia.

"The Polish society is seriously concerned over these facts. For the sake of memory of the victims of World War II, the Polish Sejm calls on Ukrainian authorities to abandon the admiration of persons and organizations responsible for the crimes against the Poles," the document says.

Twenty-nine members of parliament from the faction of the Democratic Left Alliance have signed the document. The Ukrainian Insurgent Army has been the armed wing of the Ukrainian nationalists since the 1940s. During the World War II, the UPA acted against the Soviet partisans. After the restoration of the Soviet power, the UPA fought against the Red Army on the side of the Nazi Germany. According to the Polish historians, ethnic cleansing in the south-west of Ukraine was conducted by the UPA under the leadership of the Organization of the Ukrainian Nationalists (Bandera faction).

Polish historians estimate that the number of Polish civilian casualties was in the tens of thousands. Some 300-400 thousand ethnic Poles fled to the west. Similar actions were taken by Ukrainian nationalists in 1943 in Volhynia. The glorification of army commander Roman Shukhevych, one of the leaders of the UPA and Bandera, draws criticism from many World War II veterans and politicians.

Warsaw Hopes For Expansion of NATO Military Presence in Poland