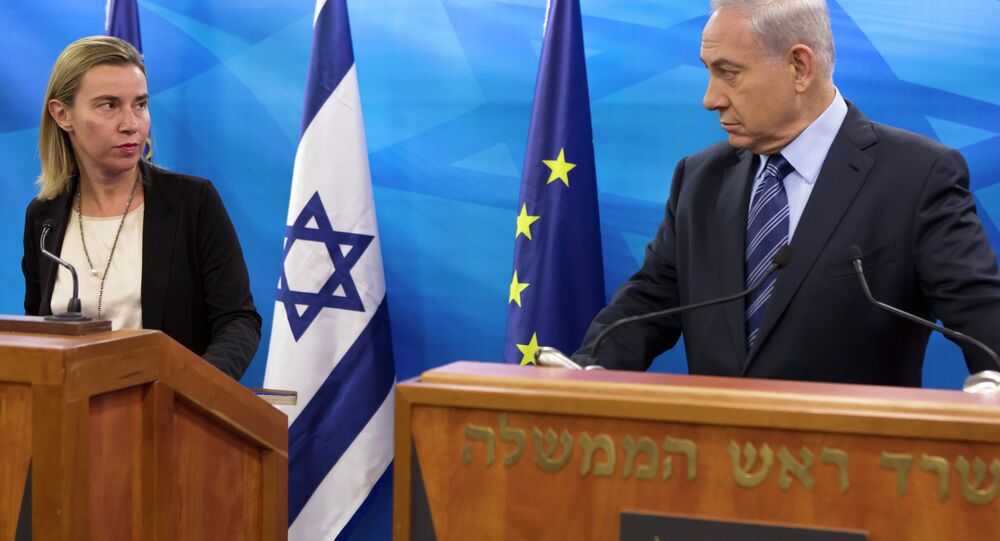 Israel is facing more pressure from its traditional allies to negotiate a sustained peace settlement with Palestinian authorities, after the European Union urged Israel to take an active hand in kick-starting talks.

In a report assessing the status of human rights and democracy of countries close to the bloc, the EU said Israel should make "every effort to ensure an early resumption of the Middle East peace process."

While the main emphasis was placed on Israel to make efforts aimed at speeding up peace talks, the EU always recognized that the Palestinian Authority (PA) should take "positive steps" towards negotiations as well.

The EU and its citizens can make a difference in the Israel-Palestine conflict. They need to be genuinely committed http://t.co/zZF5IXlxFf

The latest announcement from the EU comes as foreign affairs chief Federica Mogherini indicated she wanted to take a more active role and work more closely with Arab states in the Middle East.

Growing Tension Between Israel and the West?

There has been growing speculation that the actions of the Israeli government have strained relations with the country's traditional allies, principally the United States, which was triggered by last year's military offensive in Gaza.

A senior member of US President Barack Obama's staff poured further fuel onto speculation that the previously unbreakable relationship between the two countries was being tested, with a strongly worded statement criticizing Israel's occupation of Palestinian territories.

On Monday, White House chief of staff Denis McDonough questioned Israel's role in securing a two-state solution with the Palestinians.

"Israel cannot maintain military control of another people indefinitely," he said at a meeting of American pro-Israel lobbyists.

"An occupation that has lasted for almost 50 years must end."

This comes after Israeli Prime Minister Benjamin Netanhayu delivered a controversial speech to the US congress, seemingly criticizing the efforts of the Obama administration to negotiate a nuclear weapons deal with Iran.

I congratulate @netanyahu for his victory in #Israel elections and look forward to working together with the new gov http://t.co/BZSg3EAKWq

Moreover, Netanyahu's support in the US has taken a further hit, following comments where he appeared to suggest that he wasn't supportive of a two-state solution.

The actions of the Israeli government have also drawn criticism from British parliamentary officials, who have been particularly vocal in their concern over the bombing of Gaza and the ongoing land settlement projects of the occupied territories.

They said the Israeli government was working to undermine peace efforts by working with a "radical" settler group, known as 'Elad' which had a reputation for aggressively colonizing Palestinian land.

Meanwhile, the former Labour government's director of communications Alastair Campbell wrote in a recent book that Foreign Office officials have long believed Mr Netanyahu is an "armor-plated bullshitter," suggesting their disdain for the Israeli leader.