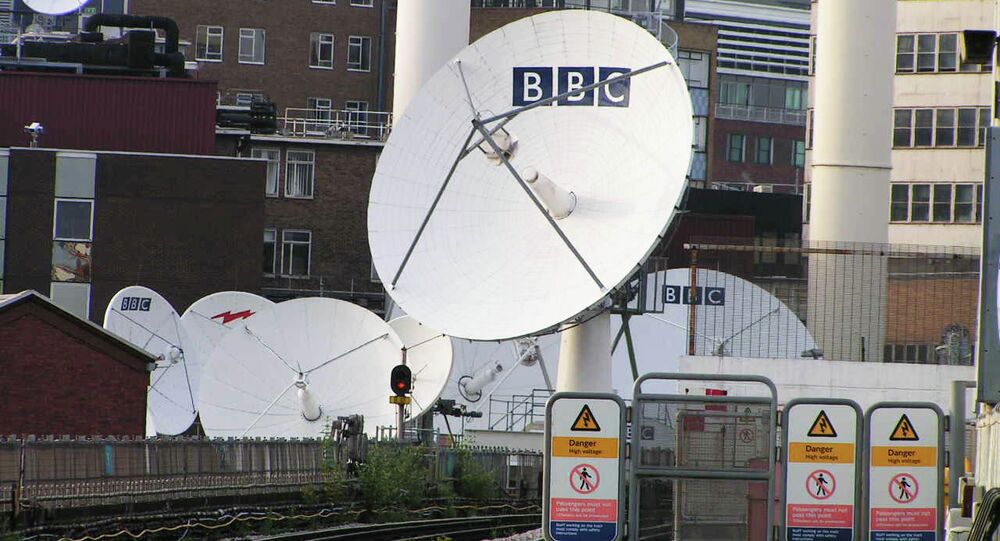 A report published Wednesday revealed that the Scrutiny Committee remained concerned about the manner in which the BBC was treating EU issues.

The European Scrutiny Committee is a select committee of the UK Parliament, assessing and debating the legal and political importance of each EU document and reviewing procedural and institutional developments in the European Union.

© Flickr / Elliott Brown
BBC in Fear of Falling Behind Russian, Chinese Media
The Scrutiny Committee "concludes that the BBC has not yet demonstrated that it commands wide confidence in its coverage of the EU."

The report is a follow-up to November 2013 recommendations to the BBC over its coverage of EU scrutiny in the House of Commons, as well as wider EU issues.

The Committee questioned Chairman of the BBC Trust Rona Fairhead in January, and Lord Hall, Director-General of the BBC, in March, about how the broadcaster was dealing with EU issues.

Hall appeared before the Committee after refusing the invitation three times, which according to the report, is deeply regrettable, as it delayed the session.

Chairman of the Committee Sir William Cash was quoted in the report as saying that "As the nation's public service broadcaster the BBC has very particular obligations under its Charter and Framework Agreement, both to be impartial and also to educate and inform," adding that currently this is not being achieved regarding its EU coverage.

The Committee stressed that impartial coverage of EU affairs by the media in general and the BBC in particular was of particular importance in light of the possible referendum on the UK membership in the EU before 2020.