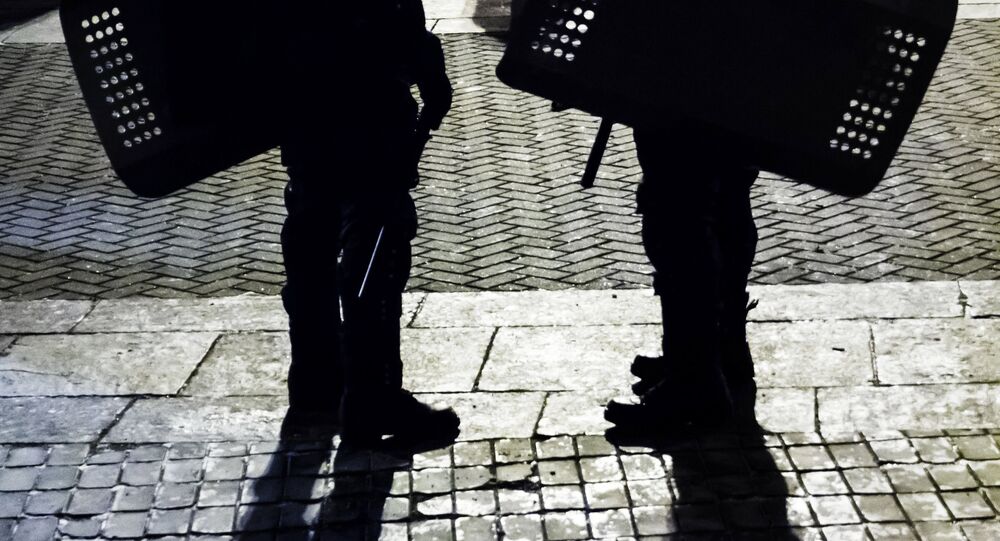 A young woman, originally from Donetsk, was fired from the police department in Ukraine's Nikolayev Region for alleged ties with independence supporters in Donbass, Ukrainian MP Anton Gerashchenko wrote on Facebook.

The former police chief helped the woman land a job at the department, the MP said. He was later fired by Arsen Avakov as part of the lustration campaign targeting those tied to the pre-Maidan government.

The woman's name has not been made public. However, some media outlets speculate it could be Tatyana Abramova, who took part in pro-Russian rallies and made no secret of her affection for independence supporters.

© Sputnik / Natalia Seliverstova
New Sheriff in Town: Police in Kiev Region Forced to Open Facebook Pages
Ukraine's Ministry of Internal Affairs, led by Avakov, and the country's Security Service dug deep to find any information linking the woman to self-defense forces but failed. The investigation (or the bullying?) is apparently ongoing.

Even if no compromising information surfaces and the woman did not break the law, she will not simply be able to return to patrol duty, at least according to Gerashchenko. "She has no place in the law enforcement agencies of new Ukraine," the member of parliament wrote, finishing with an invaluable piece of advice.

"Let the girl work in business, be a house wife, make a family, give birth and support United Ukraine. Only then, having proven her loyalty to the country, she will be able to seek public service employment," Gerashchenko opined.