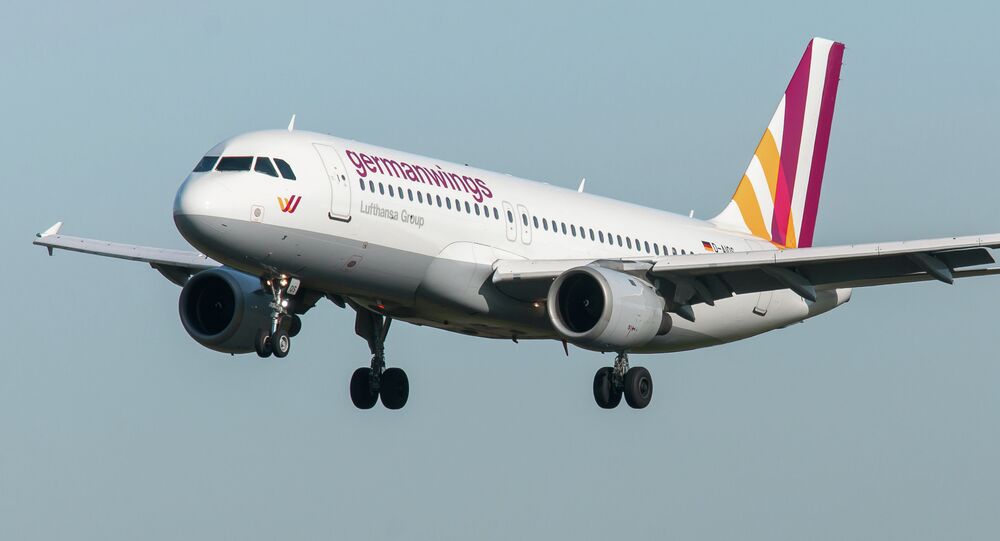 Earlier in the day, a Germanwings plane crashed in the French Alps en route from Barcelona to Dusseldorf with 150 people on board.

© REUTERS / Thibault Camus/Pool
Victims of Germanwings Airbus Crash From Germany, Spain, Turkey - Hollande
MOSCOW (Sputnik) – The Germanwings airplane that crashed on Tuesday in southern France, may have had 67 German nationals on board, company CEO Thomas Winkelmann said at a press conference on Tuesday.

Earlier in the day, a Germanwings plane crashed in the French Alps en route from Barcelona to Dusseldorf. The plane had 150 people on board, including 144 passengers and six crew members. French President Francois Hollande said that among the passengers were people from Germany, Spain and Turkey.

Winkelmann also said that the plane lost contact with French radars at 10.53 a.m. (9:53 GMT) local time, which is supposedly the time of the crash.

Winkelmann added that the plane was using the latest computer program, so the accident was not due to software problems.

Company representatives also said that the Germanwings pilot had ten years of experience and had flown 6,000 hours on this type of Airbus.