The international community - and the UK in particular - has come under severe criticism for allowing the situation in Libya to descend into chaos after the fall of Gaddafi, causing ISIL to establish a foothold in North Africa.

A House of Commons Foreign Affairs committee report, released on March 24, says that following the air and sea strikes, led by the UK and France with the US, Libya was left largely without functioning institutions and there was a failure to dissolve the various militias and prevent the flow of weapons across North Africa.

"That the current crisis and conflict in Libya was brought about by failures among the Libyan politicians and militias does not absolve the international community, or the UK, from a particular responsibility to assist Libya to repair itself."

"The fact that ISIL appears to have taken advantage of the chaos in Libya to establish itself there is a security concern reaching beyond Libya, and is further motivation for the international community to provide assistance."

A report by British MP's suggests Libya has become a #SecurityThreat to Britain since #Gaddafi's overthrow. #sabcnews

Britain joined France and the US in the air strikes to allow opponents of Gaddafi to take control of the major cities of Libya. In the aftermath, in September 2011, the UK Prime Minister David Cameron and French President Nicolas Sarkozy were given a rapturous reception as they toured Tripoli and Benghazi.

The UN, UK and US have pushed Libya's elected government to the wall, so they shouldn't be surprised they choose to continue to fight

"It is great to be here in free Benghazi, and free Libya," Mr Cameron said. "Your city was an inspiration to the world as you threw off the dictator and chose freedom. People in Britain salute your courage." 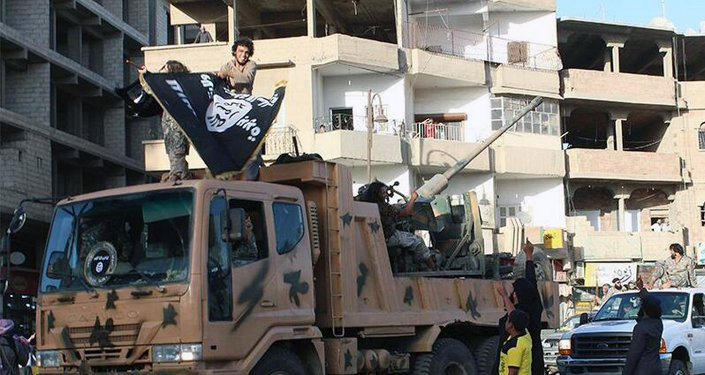 However, the report says the country has now disintegrated into a patchwork of militias fighting each other, which has allowed ISIL to establish itself and take advantage of the chaos. The committee said this had led to a direct threat of terror attacks on mainland Europe.

"Illegal migration through and from Libya is undoubtedly a major concern, not least because of a potential security threat from terrorists who could use this means to travel to Europe to conduct attacks," the report said.

It also said the appointment of Jonathan Powell as the UK Special Envoy to the Libyan Political Transition has led to "some limited criticism of his role and lack of visibility".

NATO Secretary-General Tries to Pass the Buck Over Libya Crisis