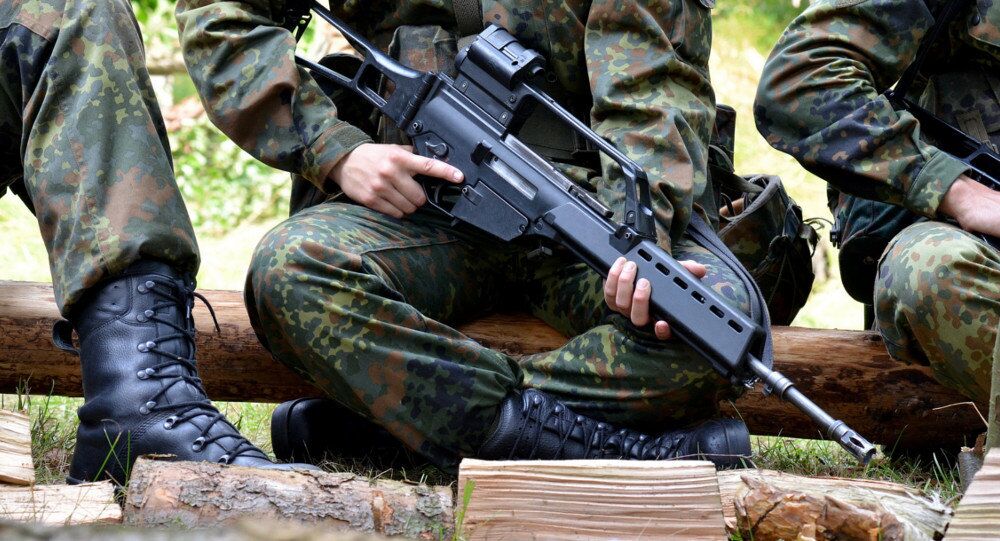 "Pro-Russian rebels are being supported by more than 100 German citizens in their war against Kyiv", cried a headline in the German Sunday paper Welt am Sonntag.

According to its investigation there are more than 100 Germans who have gone to Ukraine to join the ranks of independence supporters. Most of those fighters are believed to be ethnic Germans, known as 'Spätaussiedler', who came to Germany after the dissolution of the Soviet Union.

Among the EU countries, Germany received the biggest number of immigrants from the former Soviet Union, including between 2 and 2.5 million Russian Germans whose ancestors were invited by the Russian Empress Katherine the Great to settle along the Volga River in the 18th century.

#German TV | Germans from former #USSR fight on the side of #Donbass #Militia http://t.co/odCueuhnPU

​The figure of 100 German combatants may be too high, according to the Badische Zeitung. The Freiburg-based newspaper quotes Mark Bartalai, an independent German journalist who has been reporting from Donetsk and Lugansk for the past eight months. He puts the figure at about 20. Badische Zeitung also cites pro-Russian Ukrainian website lostivan.com, which traces volunteers back to Serbia, Spain, Italy, France, Norway and Brazil, and none to Germany. But nobody really knows how many Germans there are in Donbass.

The German Interior Ministry has said there was evidence of individual German citizens participating in the Ukraine conflict, but that there were no clues as to their motivation.

So Who Are These Germans Fighting for Donbass?

At least one German citizen, Vitali Pastuchow, 33, from Schweinfurt is known to have been killed during the battle for the railway hub of Debaltsevo on February 12 — the day a ceasefire deal was agreed by Kiev and Donetsk and Lugansk People's republics in the Belarusian capital Minsk. He was born in Kazakhstan and never really integrated into German society.

Alexej Relke, 42, moved with his family from Stakhanov, near Lugansk, to Coblenz in 1990, shortly before the dissolution of the USSR. Although his family easily integrated into German society — "when we arrived there were good relations between Germans and Russians. What has happened since?", says his mother, Ida Relke — this didn't work out for Alexej. He never felt he belonged to Germany. Finding work was hard, too.

Relke left Coblenz and returned to his native Stakhanov, near Lugansk in 2006. Eight years later, he was put on Kiev's black list as "one of the most radical terrorists". Captured last May while commanding a militia formation, he was later freed as part of a prisoner exchange, in time for the battle of Debaltsevo.

Nikolaj Blagaderov, 21, from Essen, where his family still lives, is possibly the youngest among ethnic Germans fighting alongside Donbass independence supporters. He finished high school two years ago, and according to his teacher, as quoted by Die Welt, "many doors were opened to him". But he chose another path.

In 2013 he left Germany, in 2014 he joined the Donbass forces, and early this year took part in the Debaltsevo battle.

Simon Schmidt, 23, from Hanau is another young volunteer with a German passport. He joined the ranks of the 'Vostok' Battalion last autumn. A former electrician, he poses on his Facebook page with two other fighters next to a checkpoint. In an interview by the channel ARD TV, he said he was ready to die. Even more poignant is his recalling of what gave him the motivation to fight.

He saw the corpses of pensioners killed by the grenades the Ukrainian Army was lobbing at civilian areas and he knew he had to fight.

But soldiers and men are not the only ones headed off to fight.

© Ruptly .
Margarita Seidler, 43, from Wittenberg, was one of the first Germans to move to Donbass as soon as the hostilities broke.

Die Welt quotes Margarita Seidler as saying: Seidler herself was not a Volga German, but a former East German who decided to embrace the Orthodox faith of her new friends from Georgia, Ukraine and Belarus whom she met while working as a nurse in Germany. Having moved to East Ukraine, she has become an ardent proponent of the territory's independence.

"The Western world has turned away from its Christian roots. That is why I neither wanted, nor could stay there."

Unlike German jihadis who went to fight with the Islamic State in Syria, German citizens participating in the conflict in eastern Ukraine did not have to worry about facing prosecution back home — until now.

"When Germans participate in such conflicts, they should be punished for organizing terrorist activities," Stephan Meyer, internal affairs expert for Germany's ruling coalition told Welt am Sonntag. Meyer demanded that German citizenship be revoked for people who participated in the 'separatist struggle' and had double citizenship.

However, unlike the western jihadis, those who have gone to fight for Donbass do not plan to come back and bring their fight with them.

Over 100 Germans Fighting Alongside Militias in Eastern Ukraine