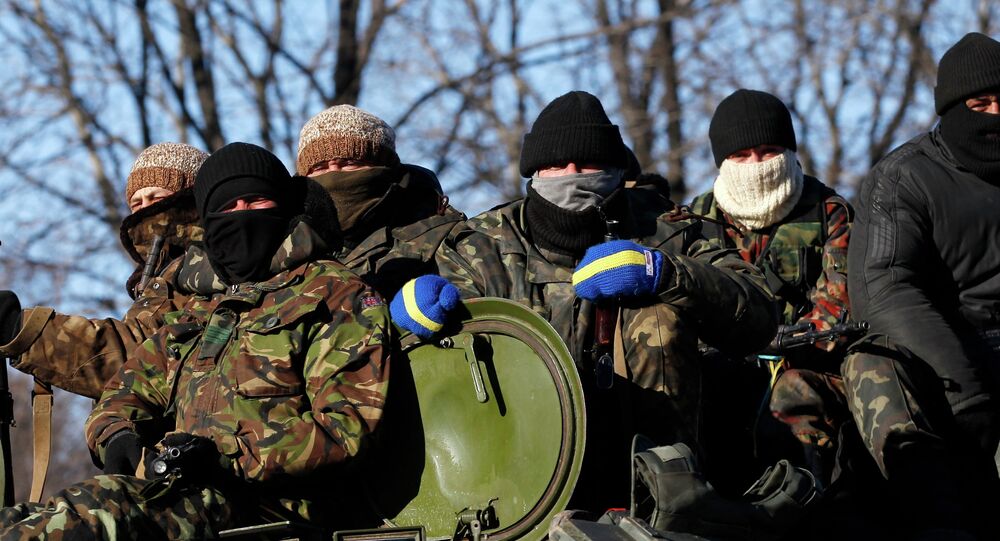 Troops were sent to Dnepropetrovsk to "maintain public security," according to army's official Twitter page.

Two battalions of the Ukrainian National Guard (Ukrainian army) were sent on Monday to Dnepropetrovsk by President Petro Poroshenko’s decree, according to army’s official Twitter page.

In addition, National Guard forces deployed in the town were placed on a higher level of alert.

Media report suggested these measures were taken amid the threats of destabilization of the situation in the region and for protection of the state interests.

© REUTERS / Valentyn Ogirenko/Files
Poroshenko Reproaches Ukrainian Oligarch Ihor Kolomoiskyi
Ihor Kolomoiskyi is one of the richest oligarchs in Ukraine. He has reportedly accumulated an estimated wealth of around $6 billion using questionable tactics in the fields of finance, oil, mass media and metal industries, such as hostile takeovers of his competitors.

Ukrainian politician and former Dnepropetrovsk businessman Oleg Tsarev commenting on the recent scuffle between oligarchs over Ukraine's oil transport company Ukrtransnafta said that the conflict may turn into outright street warfare and a new Maidan.