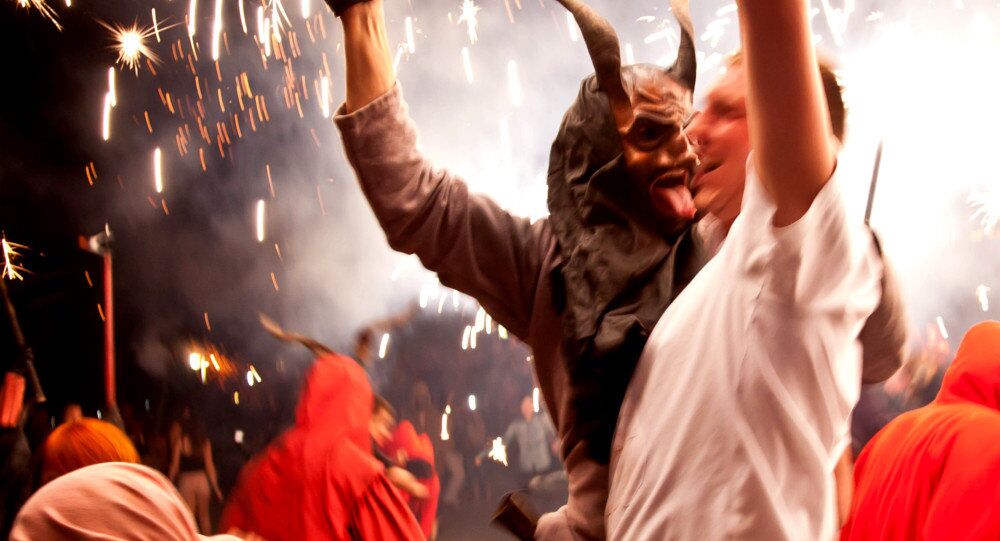 The Majorcan resort has long been a popular destination for package holiday tours frequented by teenagers. The young Brits head to the island with usually only three things on their mind: sun, sex and sangria.

The resort hit the headlines last year after video footage emerged of an 18-year-old girl from Northern Ireland performing sex acts on 24 men in return for a 'holiday' by the party organisers, Carnage Magaluf.

Everything you’ve ever wanted is on the other side of fear, be fearless and take on the island of Magaluf.

​But the holiday turned out to be just the name of a cocktail.

Other nightclub promoters, keen on luring in the British crowds, have begun tweeting messages in defiance of the island's shameful reputation.

Who will this be in your #magaluf squad pic.twitter.com/J6Gqp3YC7X

​​One post shows three girls dressed in bikinis, covered in red liquid with the caption: 'I can't wait to be ashamed of all the things I do in Magaluf 2015.' Adding, 'Don't believe the hype, the Magaluf street drinking ban isn't going to change anything this summer!'.

Spanish police have been given new powers to seize drinks from tourists on the street between 10pm and 8pm. However, these controls are being shrugged off by party promoters on the island in tweets sent to British teenagers.

Majorcan authorities have said they will crack down on cheap booze on the island this summer. But it appears where there's, a Brit there's a way, and the campaign to lure them there has already started.

Spanish authorities are in talks with British police to fly officers over to help patrol the streets of Magaluf during the summer party season.