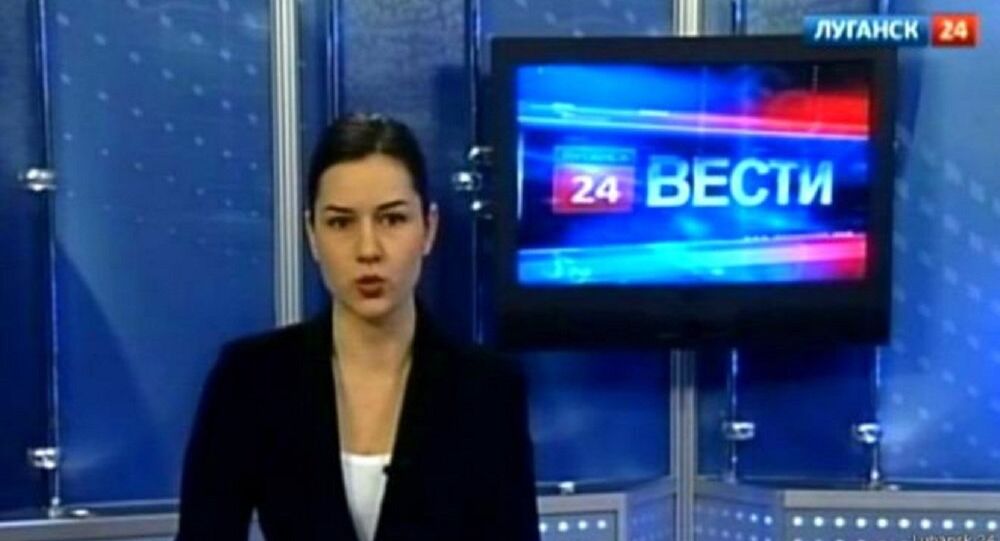 Ukraine's Minister of Information Policy announced that he seeks eight to 15 year prison terms for employees of Donetsk and Luhansk television stations.

Ukraine's Minister of Information Policy, Yuri Stets, said in an interview to Radio Liberty that he wants people who work for local television in Donetsk and Luhansk to serve eight to 15 years in prison.

© Sputnik / Mikhail Palinchak
New 'Ukraine Tomorrow' TV Channel Promises to Defeat Russia Today
In the same interview, Stets says that he has been able to convince Europeans that his ministry will not be a "Ministry of Censorship." In addition, he announced that a new radio station aimed at Crimea will be launched sometime next week.

The Ministry of Information Policy remains the least-popular ministry in Ukraine according to opinion polls, and often refer to it as the "Ministry of Truth" for its contradictory aims, referencing George Orwell's novel '1984.' On Thursday, the ministry took control of a financial education television channel, intending to launch a new international broadcaster, Ukraine Tomorrow.

In February, the Ministry of Information Policy launched the "Ukrainian Information Army," a project which intended to start arguments in comment sections of Russian news websites to shift public opinion. The project failed after warriors failed to convince Russians that Ukraine's declining standard of living is the fault of Russia and personally Putin, and has since become a mailing list of links to share on social media.