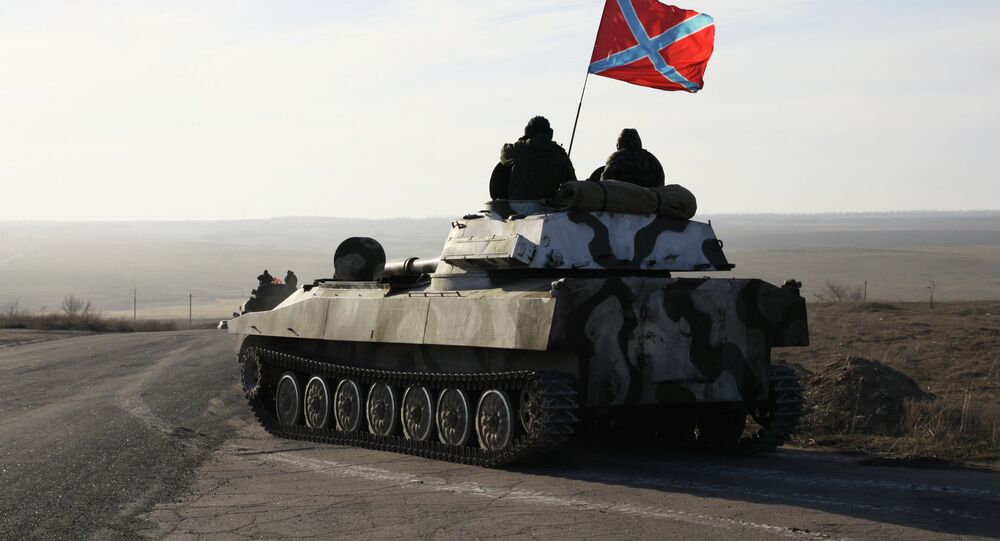 Self-proclaimed Donetsk People's Republic (DNR) says that it does not plan to return its heavy weapons to the frontline.

© Sputnik / Gennady Dubovoy
No True Ceasefire Reached in Eastern Ukraine – Deputy Militia Commander
Special representative of the self-proclaimed Donetsk People's Republic Denis Pushilin has said that they are not going to return heavy weapons back to the frontline.

"The DNR has no plans to return the pulled-out military hardware to the frontline. We will try to further call for adhering to a package of measures on the implementation of the Minsk ceasefire agreement," Pushilin said.

He was speaking amid reports of the ongoing shelling by Ukraine's government troops of the DNR's territory.

April 2014 saw the beginning of the Ukrainian authorities's military operation against the Donbas region,  who refused to accept the political coup in their country.

More than 6,000 people have already been killed in the conflict, according to the United Nations.

On February 12, the Contact Group on Ukraine managed to clinch a ceasefire agreement, which has been in force in eastern Ukraine, including the Donbas region, since February 15.

The agreement stipulates a raft of measures, including the comprehensive ceasefire in the Donbas region, the withdrawal of heavy weapons and the establishment of a security zone.