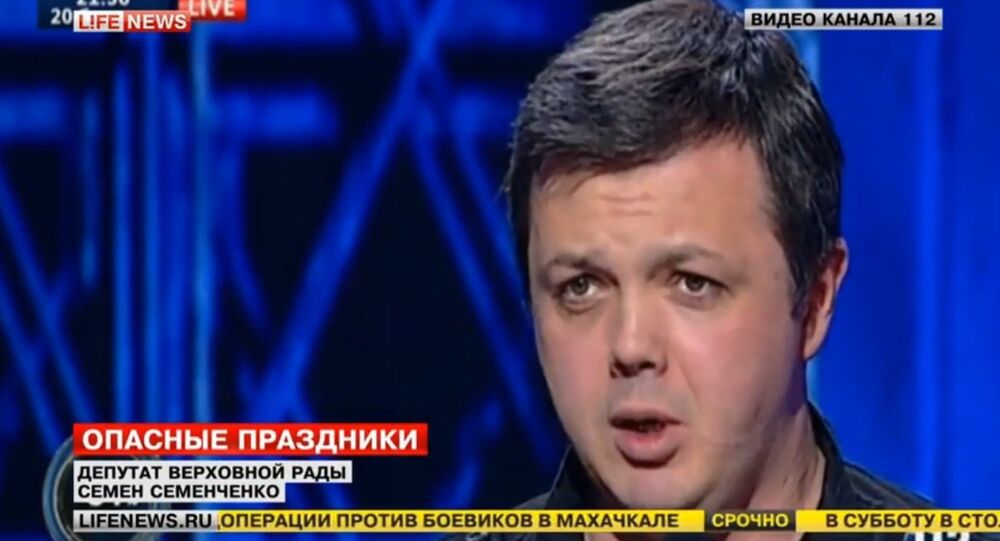 The commander of the Donbas Battalion expects trouble in Odessa and Kharkiv during the May holidays, saying authorities should prepare to rush to the regions to assist police and security forces.

© Flickr / U.S. Embassy Moldova
Resurgence of Violence in Ukraine to Change Obama Calculus on Arming Kiev - Nuland
Ukrainian parliamentarian and Donbas Battalion Commander Semyen Semenchenko told Ukrainian television on Friday that he expects disturbances in the cities of Odessa and Kharkiv during the May holidays, and that MPs must be ready to assist security forces in case of trouble.

Speaking on the Shuster Live television program on Ukraine's Channel 112 Friday evening, Semenchenko noted that he has "reason to believe that in the upcoming May celebrations, the situation in Odessa and Kharkov may be turbulent." The combatant-turned-parliamentarian added that "MPs must also go to these cities, because only through joint efforts, through the raising of patriotic responsibility, through assisting police and the Ukrainian Security Service, can we rectify this situation."

The MP likewise hinted that "there are existing problems with the local authorities."

© Photo : http://www.cyber-berkut.org
Hackers Reveal Drastic Plans in Ukraine to Brainwash Donbas 'Idiots'
Deputies from the Kharkiv City Council had twice refused to read a document adopted by Kiev's Verkhovna Rada considering Russia an aggressor nation in the conflict in Donbas. Kharkiv Mayor Gennady Kernes likewise noted that Kharkiv a border city with Russia, and that he is against raising such politicized questions. Zoryan Shkiryak, advisor to the Ukrainian Ministry of Internal Affairs, responded to Kernes that in due time, authorities "will get at those who pose a threat to Ukraine today."

In late February, President Petro Poroshenko announced that security forces had uncovered a terror plot in Odessa. Earlier this month, a bomb exploded in the city in a building belonging to the ultra-nationalist Right Sector party. Last month, a bomb had exploded in Kharkiv during a meeting marking the anniversary of Maidan, killing four.

Semenchenko's remarks sent chills up the spines of Russian-speaking social media commentators, who instantly recalled the events of May 2 in Odessa, where dozens of anti-government activists were burned alive in the House of Trade Unions Building by pro-Kiev radicals.

© Sputnik / Mikhail Markiv
Kiev's Sopranos: Oligarchs at War Over Control of Major Oil Company
Semenchenko, who simultaneously serves as the commander of the Donbas Battalion, and as a deputy in the Verkhovna Rada from the Self Reliance Party, founded the Donbas Battalion in the spring of 2014. Along with other radical nationalist volunteer combat formations under the command of the Ukrainian Armed Forces, the Donbas Battalion has been accused of carrying out war crimes in eastern Ukraine.
...
Reddit
Google+
Blogger
Pinterest
StumbleUpon
Telegram
WhatsApp
619