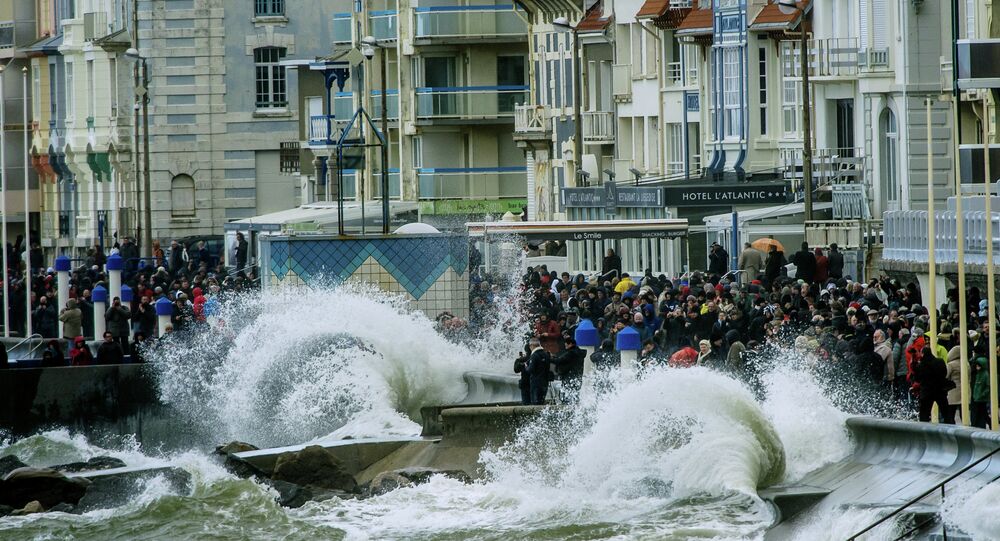 After the excitement of Friday's solar eclipse, thousands of visitors have flocked to France's coastal areas for the chance to see the biggest tide in 18 years.

YouTube / Oblimix
Solar Eclipse Makes Chickens Come Home to Roost
Thousands of visitors made their way to coastal areas in Brittany and Normandy on Saturday morning to catch this year's spring tides, which are billed to rise as high as 14 meters above their usual level following Friday's solar eclipse, which saw the Earth, moon, and sun in alignment.

Referred to as the 'tide of the century' in the French press, the phenomenon actually takes place every 18 years; this week's is the first of this millennium, and follows exceptionally high tides seen on March 10, 1997.

The picturesque 11th century fortified island of Mont Saint-Michel in Normandy, which is usually buffeted by high tides, was a popular destination, with ten thousand people going to see the UNESCO-listed monastery surrounded by rising water before the tide receded from sight, exposing areas of beach and rock which will next be visible in 2033.

© Sputnik / Alexei Danichev
Darkness Falls Across the World: Total Solar Eclipse of March 20
16
On Friday the tidal coefficient, which  ranges from 20 to 120 and measures the height between consecutive high and low tides, was recorded at 118 on Brittany's Atlantic Coast, and reached 119 on Saturday, the joint highest ever recorded. The super high tide is also expected to affect coastlines along the North Sea, the English Channel and to a lesser extent, the Mediterranean.
...
Reddit
Google+
Blogger
Pinterest
StumbleUpon
Telegram
WhatsApp
63

Has Humanity Killed the Pacific Ocean?