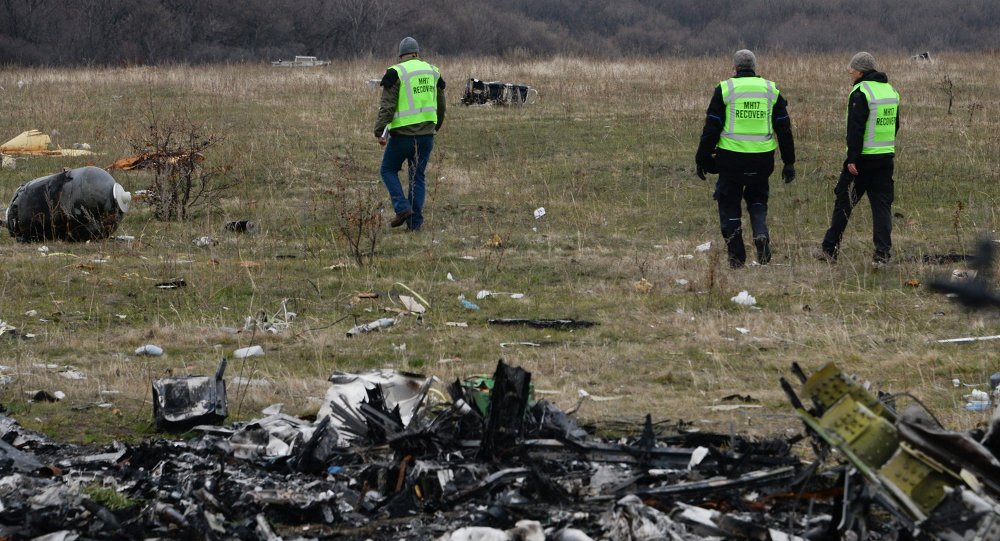 The draft of final report of the investigation into MH17 flight crash in eastern Ukraine in 2014 will be ready by the end of June and will be sent to all the countries concerned.

© REUTERS / Antonio Bronic
Veteran Pilot Has 'No Doubt' MH17 Was Shot Down by Ukrainian Fighter
MOSCOW (Sputnik) — A draft final report on the results of the investigation into MH17 flight crash in eastern Ukraine in 2014 will be ready by the end of June, the Dutch newspaper De Telegraaf said Saturday, citing a source in the Dutch Safety Board (DSB).

“The draft of final report then will be sent to all the countries concerned. They will have two months to provide the feedback,” the DSB source was quoted as saying by the news outlet.

The final report is expected to be published in October at latest, the DSB spokesperson added.

The DSB, the leading investigator of the accident, said in a a preliminary report issued in September that the plane was hit by numerous high-energy objects.

Kiev accuses independence supporters in eastern Ukraine of shooting the plane down. Militia reject the accusations, saying they did not have weapons capable of shooting down a plane flying at 32,000 feet.