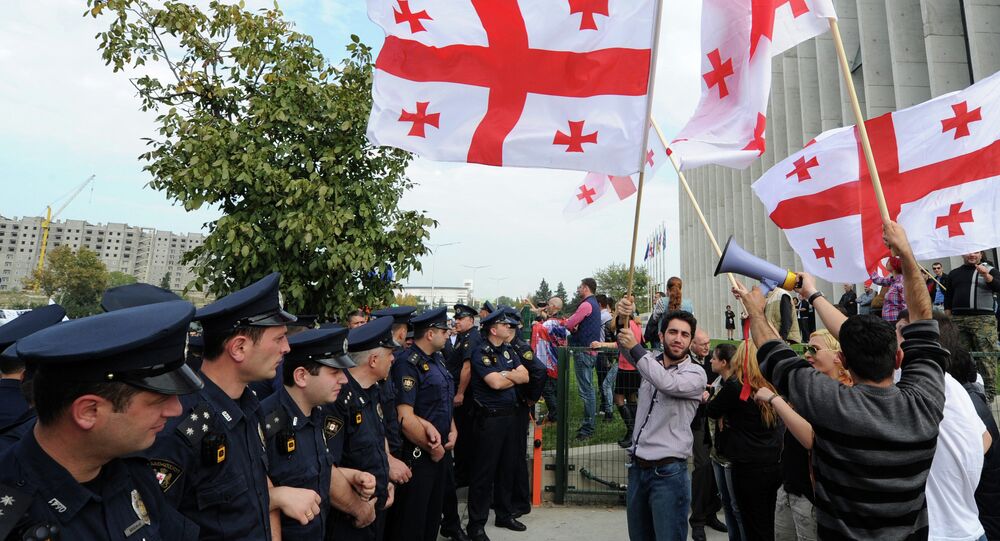 The center of Georgia's capital has been blocked off as the opposition prepared a march, and a stage with a large screen has been installed at the city's central square.

© Sputnik / Alexey Kudenko
Fugitive Ex-President Threatens Georgia With Protests, 'Coup'
Several hundred people have gathered in downtown Tbilisi as part of a protest organized by ex-President Mikheil Saakashvili's United National Movement party against the current government, in what is supposed to be the biggest opposition march since 2012.

At this time, a stage and a large screen have been installed on the central square of the Georgian capital, and groups of people are moving toward the square. An organized march is supposed to take place later on, and police have blocked off the center of the capital.

A counter-protest by the non-government organizations "All-Georgia Popular Congress" and "All Generations for Georgia" is also scheduled to take place nearby, outside of the country's main cathedral and near a television station headquarters, according to Georgian media.