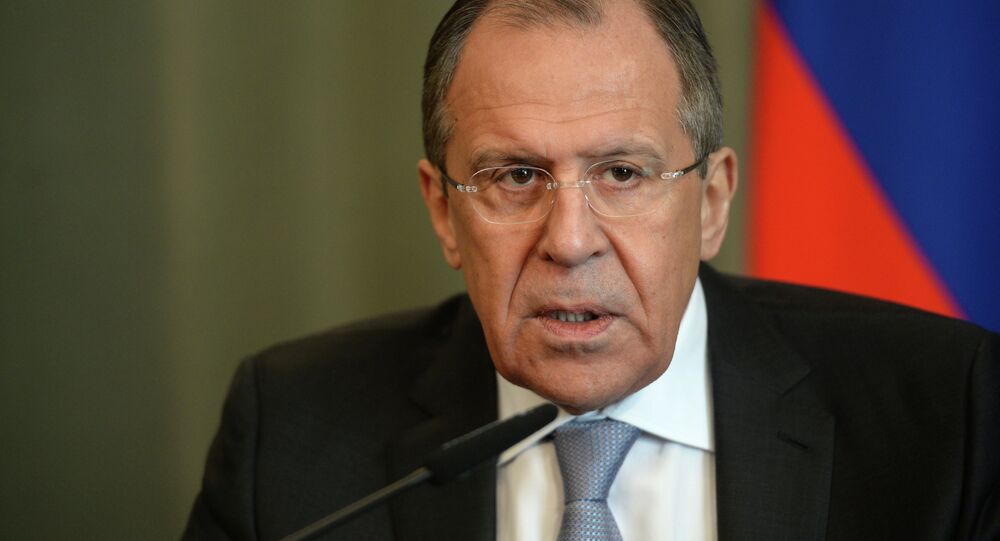 Russian Foreign Minister Sergei Lavrov said that Moscow urged France and Germany to put pressure on Kiev in order to make sure that the Minsk agreements are respected.

“We call to the obvious things: to influence Ukrainian authorities so that commitments supported by Petro Poroshenko as Ukrainian president, are fulfilled,” Lavrov said in an interview aired on Rossiya-1 television channel.

Lavrov added that he recently spoke to German Foreign Minister Frank-Walter Steinmeier, who agreed that the Minsk agreement must be fully adhered to.

“He agreed that the Minsk agreements must be fully implemented. On Monday, Poroshenko visited Berlin. I would like to hear first-hand impression about his plans, because Ukrainian leader’s public statements are not really encouraging,” Lavrov added.

In particular, head of the Poroshenko Bloc political Party Yury Lutsenko earlier said that elections in eastern Ukraine’s Donbas will be held “when the Ukrainian army and the Ukrainian state bring the Ukrainian national flag, Ukrainian (political) parties, and Ukrainian law to these territories.”

According to Lavrov, “The February 12 Minsk agreements clearly say that a reform, which must be implemented within the Ukrainian constitution, must stipulate right of these territories to have their own police units.”

On February 12, the leaders of Russia, Ukraine, Germany and France agreed on a set of measures aimed at stopping the military confrontation between Kiev forces and independence supporters in eastern Ukraine.

Besides a February 15 ceasefire and heavy weaponry pullback from the line of contact, the 13-point set of measures stipulated a provision to grant the breakaway regions broader autonomy and special status.