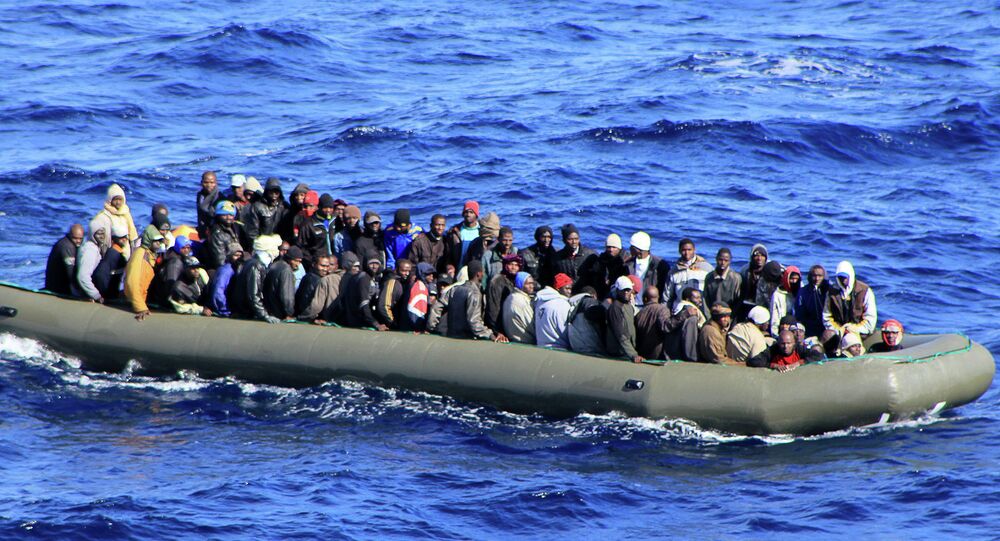 An Italian government document said that the European Union is planning to reduce deals with North African countries, such as Egypt and Tunisia, to train their search-and-rescue missions, in a bid to tackle the surge in migrants.

MOSCOW (Sputnik) – The European Union (EU) is planning to reduce deals with North African countries, such as Egypt and Tunisia, to train their search-and-rescue missions, in a bid to tackle the surge in migrants, an Italian government document obtained by the Guardian said.

The motion submitted by the Italian government was debated last week, during a meeting of EU interior ministers in Brussels, as well as this week with the European Commission, which is expected to unveil a new migration agenda in May.

“This [EU plan] would produce a real deterrent effect, so that less and less migrants would be ready to put their life at risk to reach the European coasts,” the proposal said.

Once rescued, tens of thousands of migrants, travelling from Libya to Italy, would be transferred back to North African ports. These people are to be saved or sent back to their countries of origin, according to the document.

Boat Carrying Migrants to Italy Sinks in Mediterranean
As the situation concerning the flow of migrants becomes more acute, “the objective should be to share such a heavy burden with third countries,” the document read.

Reliable third countries should take part in maritime surveillance and search and rescue activity. Contacts with Egyptian and Tunisian officials are being explored on that basis, it added.

The initiative has already won the support of Germany and France.

The proposal came as Italians voiced their concern about the excessive flow of refugees from the Mediterranean.

On March 4, Italian officials announced that over two days more than 1,000 migrants were rescued from drowning in the Mediterranean north of Libya after trying to reach Europe, ten of them died.

At least 207,000 refugees crossed the Mediterranean to find asylum in Europe in 2014, according to UN High Commissioner for Refugees. More than 3,500 of them drowned in the process. Syrians and Eritreans make up almost 50 percent of the migrants.