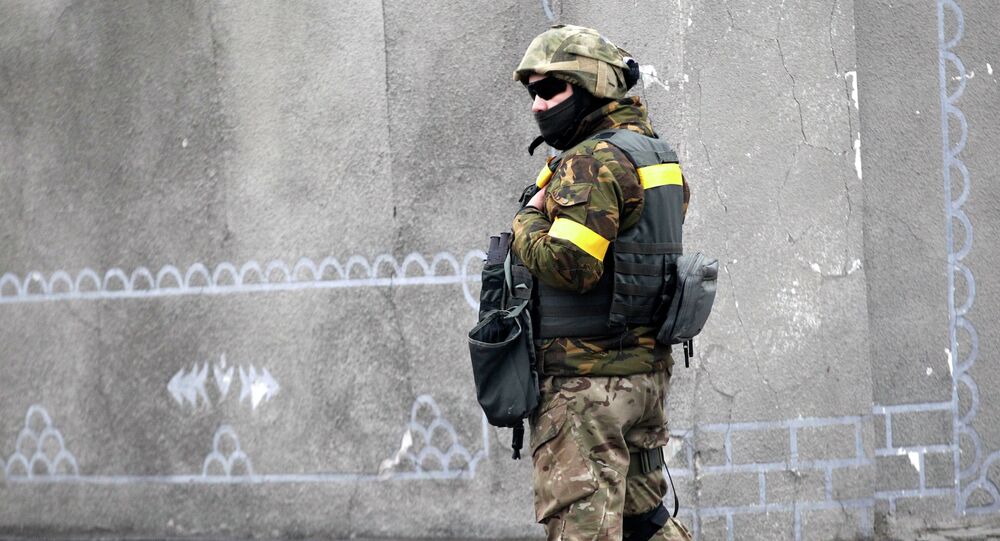 According to the country's laws, Germans lose their citizenship in the event of serving in the army of a foreign state, according to the head of Bundestag's Interior Committee.

"According to German laws, a German citizen automatically loses his German nationality, in the event of serving in the army of a foreign state," Bosbach told Sputnik adding that the armies of the EU and NATO member states are an exception to the rule.

He specified that the data available puts the number of Germans fighting in Ukraine at 100.

However, Bosback stressed that if they were fighting alongside independence supporters, Germans would not lose their citizenship because the militias are not regular units of the Ukrainian army.

© Sputnik / Andrei Stenin
Over 100 Germans Fighting Alongside Militias in Eastern Ukraine
Bosbach said that so far there is no information concerning the threat posed by those returning from fighting in Ukraine. The Interior Ministry also did not indicate any risks.

According to the United Nations, over 6,000 people have been killed in the conflict in southeastern Ukraine since last April, when Kiev launched a special operation in the region.